“THE SECRET PRICE OF HISTORY, Searching For The Treasure Behind Alexander’s Medallion,” A Book Review By Tiziano Thomas Dossena

Reading “THE SECRET PRICE OF HISTORY, Searching for the Treasure behind Alexander’s Medallion” was a thrill for me in many ways. The book is a complex one, in the sense that it carries two historical lines of narratives contemporarily, one in the 19th century and one in the 21st century, and their developments are intertwined in such a matter that understanding one of them is necessary to comprehend the other one. How the authors, Gayle Ridinger and Paolo Pochettino, managed to give this effect of historical clips, almost cinematic, and not confuse the reader is a marvel and it attests to their literary and historical abilities.

I stated that it has two parallel stories, and it is so because the outcome of the older one, if presented only in chronological order with the new one, would spoil some of the surprises that our heroes and evil characters confront on their path throughout the book.

Said that, I will contradict myself by saying that the book’s start is in 1989 and not in those two centuries mentioned. This opening, though, it’s only a requirement, almost an indispensable prologue that introduces the slippery main evil character, the so-called White Devil, whose presence will effuse throughout the narrative concerning the 21st century. He is not only a wicked, depraved and soulless individual, but a corrupter and a manipulator, so that any other iniquity that is not performed by him occurring in this portion of the book is necessarily tied to him, whether because it’s a crime committed by someone following his orders or just inspired by him through their relationship, be it familial or business-induced.

The 19th century timeline narrative is a wonderful piece of historical fiction which could stand by itself and which is powerful and detailed in the description of the events. The heroes are many, considering that the story-line starts at the time of the Roman Republic in 1845. Through the vicissitudes of a Roman noblewoman, a patriotic cheese monger, and a deserter from the Austro-Hungarian army who become friends for life we can also follow the history of the making of Italy as a nation.

It is obvious that the authors spent a considerable amount of time in their historical research, since the outcome is flawless and seamless, even when interrupted by the alternating process of the book’s narrative. Through the delightful reconstruction of the focal points of their period of time that was swept by the wind of patriotism and freedom seeking, the readers not only encounter Giuseppe Garibaldi, the Hero of the Two Worlds, Antonio Meucci, the inventor of the telephone, the emperor Napoleon III, Pope Pius IX, and many other major and minor characters who left an imprint of a kind upon the pathway of history, but hear their voices and discover their thoughts, their fears, their desires, contradictions, and sometimes their obsessions. 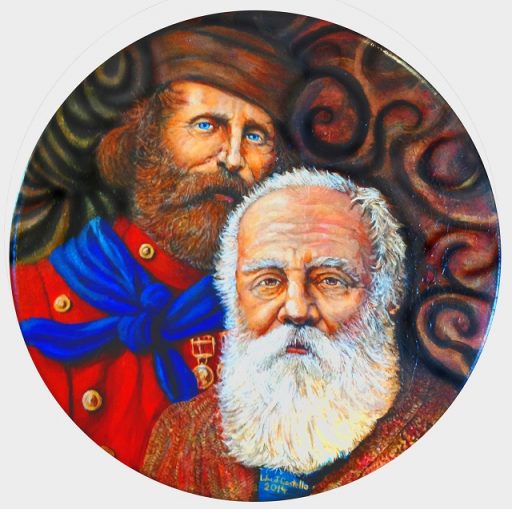 These characters, though, are not just used as embellishment or backdrop decorations, but are essential to the progress of the story itself. Through keen observations and depictions, Ms. Ridinger and Mr. Pochettino present live reconstructions of feasible situations that allow the reader to enjoy the staging as much as the excitement that the events themselves may bring to surface. An example of that is the demonstration of the newly-invented telephone to one of our heroes, Eleonora, by Antonio Meucci:

She passed the letter to Sandor to re-study and took Meucci’s strange cylinder in hand again.
“Talk into this?” she said with a smile. “But I want to talk to Ester.”
“I know. Talk into the handle.”
“The handle’s not Ester.” She rattled the object and Meucci laughed.
“Do as I say,” Meucci gestured at her encouragingly and winked at Sandor. “The electricity will carry your voice…I call it a telettrofono. It’s what I’m working on now.”
“Ester? Ester?”
If it weren’t a miracle. She actually heard Ester’s voice come from the cylinder three times in answer to her own. Sandor raised his eyebrows at her in equal wonderment. Yes, it was lovely, Meucci was a genius, but her mind could not fathom where Ester was.
“You can see her in a moment. You can hear her this moment,” the old inventor insisted. “And she can hear you. Tell us about yourself.”

In this charming and imaginative paragraph you can feel the excitement of the characters and at the same time somewhat witness a plausible occurrence in the household of Meucci. It is with these credible, or should I say probable settings, almost reenacted anecdotes, that the tale is carried to fruition, and in Oh, such a convincing and thrilling manner!

Through the book one can discover the mechanics behind the formation of the Garibaldi Guard during American Civil War, the horrors of the battles, whether fought on Italian or American grounds in these years of turmoil, even the passionate gestures of painters such as Induno or Freeman, who did not shy away from danger and kept on creating their masterpieces, whether on the battlefields’ edges or in the Roman ruins. The story offers also an insight on the conflict between Christianity and Mithraism, the birth of the Casane Astigiane (Italian for “Houses of Asti”) , the major family banking houses of Asti, Italy in the middle ages, the crusades, and other historical events of the past, but it does so that there can be an understanding of the existence of the medallion that is connected to Alexander’s purported treasure. 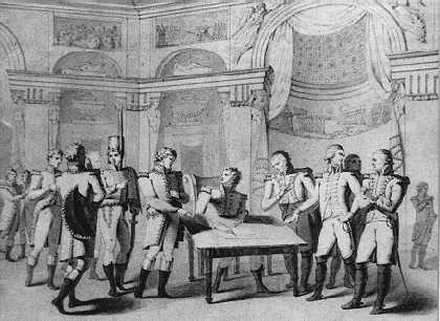 The authors, nonetheless, do not disdain to insert in the story some matter-of-fact statements, quips that can be humorous and allow for a breather in the breathtaking progression of the events. For example, in the conversation between a member of the Vatican’s IOR bank and an Italian Congressman, the ecclesiastic declares:

“…And you, who were elected by an overwhelming margin and voted even by Alzheimer sufferers, you should be the first to know that.”

Unquestionably the mysterious treasure and the people who are involved in that search through the centuries make this story a first-class thriller, but that the main story in itself is about the search for a treasure is somewhat deceiving, because this book is about passions and greed, selflessness and egoism, cruelty and love, and most of all about the people who believed strongly in an ideal, sometimes flawed or self-serving, but nevertheless always dictating their actions regardless of the outcomes.

The readers who expect to take a long time reading a 585 pages book will surprise themselves when they will discover that it isn’t so with THE SECRET PRICE OF HISTORY because this is definitely a book that is very hard to put down. 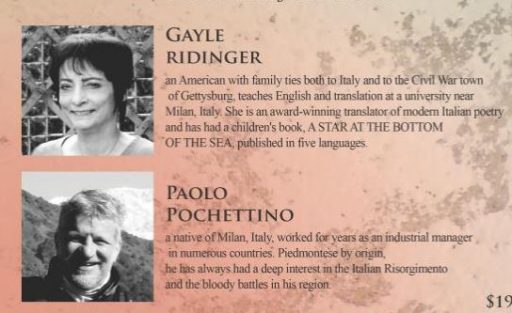 On a different note, in a moment as dramatic as the one we are living, with this newfound plague, this pandemic that has changed our way of life, to read this passage about yellow fever in this book is evermore enlightening and frightening:

The yellow fever had entered Memphis from the river; the George C. Wolf and the Bee, two supply ships from New Orleans, had arrived with two passengers sick with yellow fever and had been moored in quarantine for three weeks before Kate Bionda, a girl who worked at a riverfront stand, suddenly died, and the town knew that some sailor or passenger must have broken the quarantine to visit her and in doing so brought death to their doors. And after the flight of those thirty or forty thousand fortunate souls, a terrible calm and silence had settled over Memphis. No church bells. No mail. No news, because the telegrapher had been able to flee. There was only silence and the grief of those who had lost a loved one or their entire family.

A wonderful website, https://www.secretpriceofhistory.com/, is available to discover more about the book, the sites mentioned in it, the characters and the history events cited and so much more…