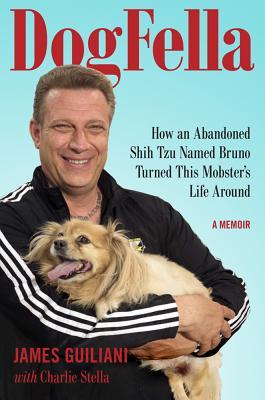 “Dogfella” is a book that will appeal to a lot of readers because it has the perfect ingredients for success: an interesting subject, emotional rollercoaster effects and a flawless writing style.

On the other hand, for some readers the language used by the protagonist of the story may be a bit offensive, so be aware that it was purposely kept as “real’ as possible by the co-writer so as to fully reflect the true persona of the author and the environment in which he thrived.

James Guiliani is an ex-drug addict and alcoholic with previous ties to the Gotti family and to another Queens’ gang in his youth, who changes his lifestyle thanks to a down-to-earth ‘angel’ who teaches him compassion toward animals and how to find a meaning for his existence. Because of her influence, he opens a pet store and subsequently rescues animals all over Brooklyn, Queens and Long Island.

It sounds as a fairy tale or a teenager’s novel? Well, it’s a true story and it’s well told by the protagonist with the help of the valiant Charlie Stella, whose impeccable style is molded to fit Guiliani’s personality to a ‘T’. 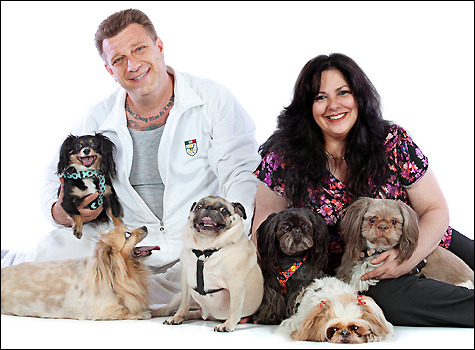 James Guiliani, his ‘angel’ Madelena and some of their dogs. 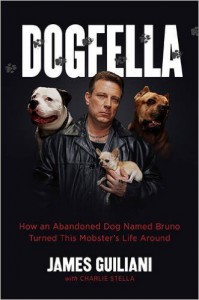 The book presents all the emotional stress points that brought this ‘gangster’ to have an epiphany that changed his life and that of many others. It does it with a blunt approach, since Guiliani chooses to say things as they are and not as he would have wanted them to be. With time, his self-deprecating method of explaining events grows on the reader and one can’t help to like this man, who confesses to the embarrassing low points of his life with the spontaneity of someone who is well aware of the ugliness of his own past but has been redeemed by some sort of miracle.

He declares: “I’d been warned more than once, and by more than one person, that former addicts often replace one addiction with another. Well, if my new addiction was saving animals and opening a rescue shelter, so be it. At least it would be doing something constructive.” 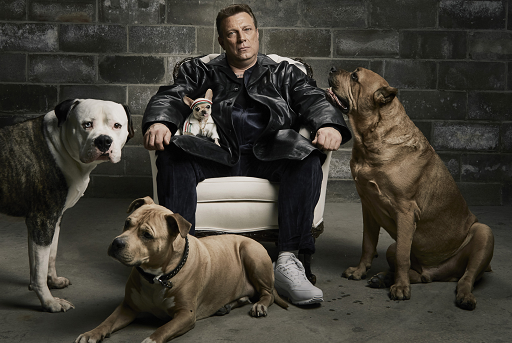 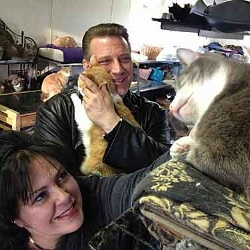 James & Madelena
Sharing Some Love With The Rescue Cats

Although the story of his addiction tends to permeate the texture of the book, what really makes the book invaluable are the many stories of rescues, some of which occurred during the Hurricane Sandy’s aftermath, which will deeply touch the reader with their immediateness and the extreme passion that Guiliani is imbued with in carrying them out. As an example, here’s part of the description of his first rescue, the one that started it all: “At first I thought it was a rug, but then I could see it was a dog, a sick dog. When I bent down for a closer look, I could see the dog’s hair was tangled, flat, and knotted. His eyes looked dead, and his jaw seemed crooked. As a junkie and alcoholic, I’d left myself in similar situations more than a few times. The difference, of course, was I’d put myself into those situations. Nobody had abandoned me the way somebody had obviously left this dog to die on its own. It pissed me off. There were other choices they could have made, whoever left him like that. At the least they could have treated him with some dignity. People make choices, animals can’t. Animals are voiceless…

Then we were at the vet’s office to pick up the seven-pound shih tzu who’d been close to death just a few hours earlier. One of the technicians carried the dog out and handed him to e. He’d been cleaned and shaved. He was the spotted-color shih tzu he was meant to be. And more than anything else, I could see that his eyes were alive. He began licking my face and I reflexively kissed his head. I don’t think I ever kissed a dog before in my life, but there wasn’t a second thought.”

Besides the many tales, there are numerous geographical references that may, if not add to the drama, render the flow of the narration even more interesting, especially for a New York reader. This is definitely a book that merits to be read, in particular by people who love animals.

Mr. Guiliani is the owner of the Diamond Collar pet store in Brooklyn. You can visit its website at http://thediamondcollar.com or its Facebook page: https://www.facebook.com/TheDiamondCollar. 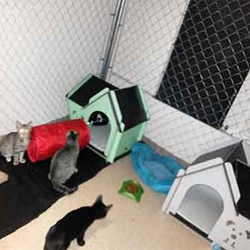 Private Rooms For
The Rescue Cats Of
Keno’s Rescue

Keno’s Animal Rescue started with a dream of opening a Sanctuary. The rescue’s opening aired on The Diamond Collar TV Show/Dogfellas on The Oprah Winfrey Network. Keno’s Animal Rescue is a no kill, non-profit organization in Brooklyn that provides animal rescue and adoption services as well as long term housing and care for special needs animals who could not otherwise be placed ina forever home. We are currently raising funds to open an animal sanctuary. Keno’s Animal Rescue is named in loving memory of my first rescue, Keno. My little man was found abused and neglected. Paralyzed from the hips down he’d suffered many health issues throughout his life. He was taken to many veterinarians, but they were unable to make him walk again and suggested he be put down. I never gave up on Keno and helped him live a beautiful life until his 19th year. In his memory we continue to help animals escape their abusive or abandoned existence. Currently Keno’s Animal Rescue is a small but growing organization. Our goal is to expand our facilities, and open a sanctuary so we can give a home to abused or unwanted animals.