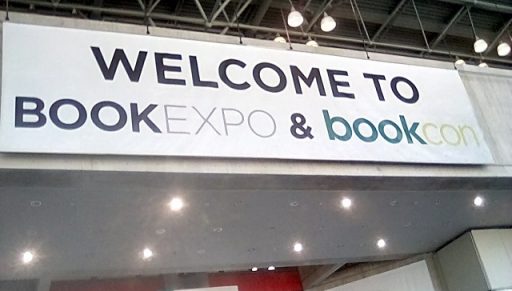 It was not the huge-size exhibit of the past years and there were some big publishing names missing, but overall the International Book Expo repeated itself as a successful show equally for the authors, the publishers and the interested visitors formed by librarians, would-be authors, journalists and readers.

Gone were some of the extravagant displays and although that made it less glamorous, it also made it more professional looking. 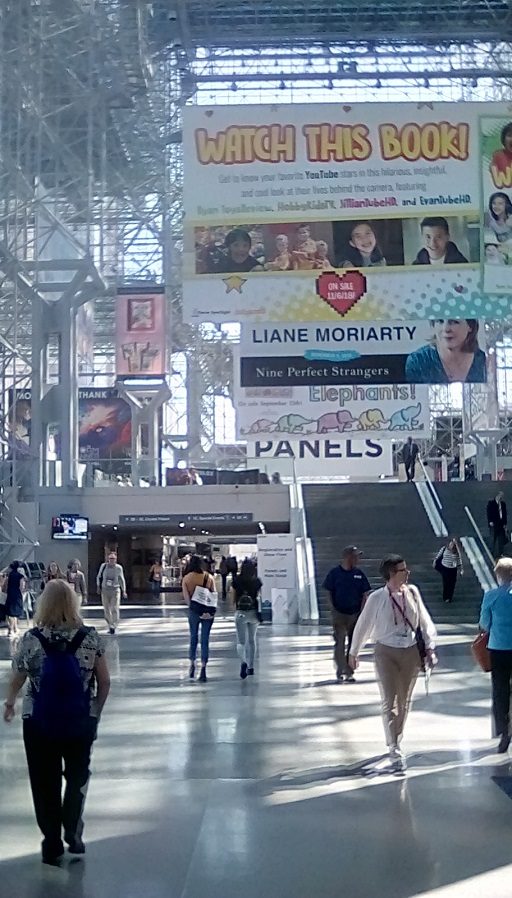 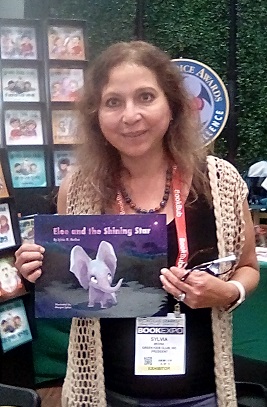 Among the many authors encountered, some were personable and interesting, making their presence a success by itself. Sylvia Medina, for example, with her book Elee and the Shining Star, illustrated by Morgan Spicer, brought some fresh air into the children’s book s section. The narrative may not be entirely innovative or unexpected, but it flows nicely and it certainly has a moral to it. The illustrations are pleasant and I am sure kids will love this book for both the pictures and the story.

A book that was unusual for its illustrations is Santa’s Sleigh-Train, by E. Dorinda Shelley. The artist, Eleanor A. Hutton, used a child-like style that we could call neo-naïf if we want to label it, to accompany the charming narrative that could make even a Grinch smile… A wonderful book aimed at young children. 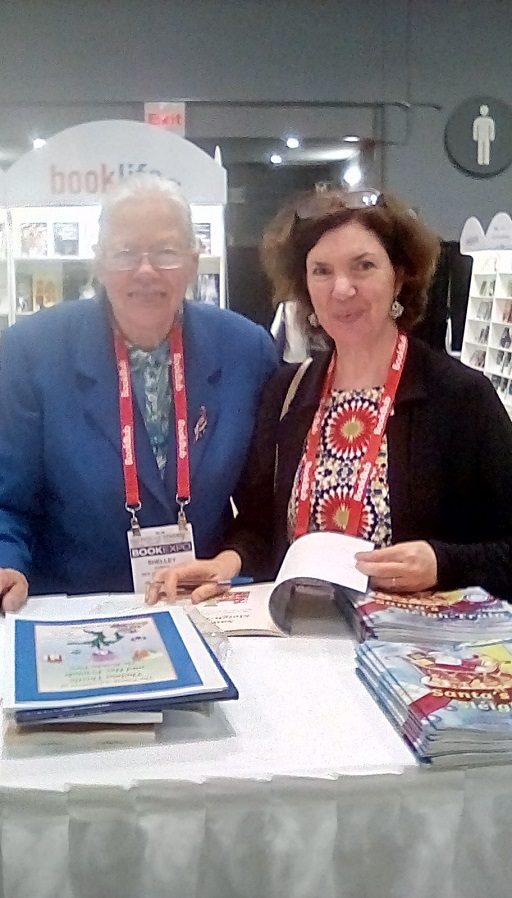 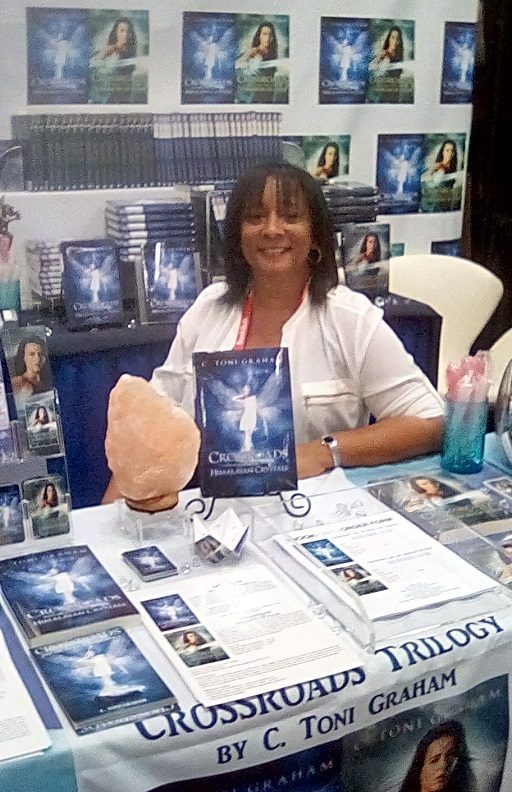 A Young Adult series of books was presented by C. Tony Graham in an attractive booth of her own. Surrounded by images of her books, she gladly expounded on the Crossroads series. An award winning writer, she explained about the four teens who were whisked away to the Otherworld, a land in a different dimension and the adventures that ensued… 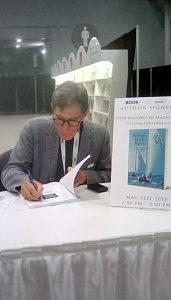 For the adult readers, the choices were many. In the nonfiction section one could find the well written history of the A Cat Ghost, a 28- foot, Marconi rigged catboat, with original pictures that show the various phases of its construction and some of the races to which it participated (it won seven consecutive races). From Beaton’s to Beach Haven, written by Bill Fortenbough, is definitely a great book for people who love boats and sailing. 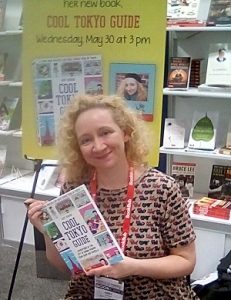 A comic book writer’s off-beat, upbeat tour of Tokyo, Cool Tokyo, by Abby Denson, offers a fun approach to this magnificent Asian city, and it’s a smart choice for travelers who want to know more and not get bored with data and statistics. The illustrations are fun and meant to make you smile while gathering information about local customs, places to visit, food to eat and much more…

A story that inspires and delights, The Bellman, by Heidi Barnes, is a novel in the classic American storytelling style that presents colorful characters in a picturesque backdrop. In a historic mansion on the majestic coast of Maine, turned into a luxury inn, a young local man who wanted to join the circus is hired as a bellman and, observing the guests, he soon realizes that The Maycliff is quite similar to that world that he wanted to join and… we’ll let the readers find out how life at that Maine inn is really like… 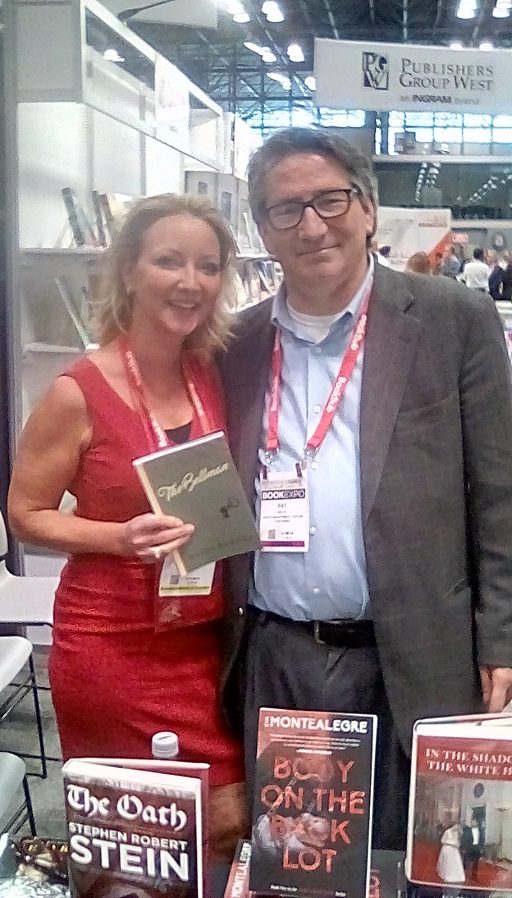 Heidi Barnes with her editor 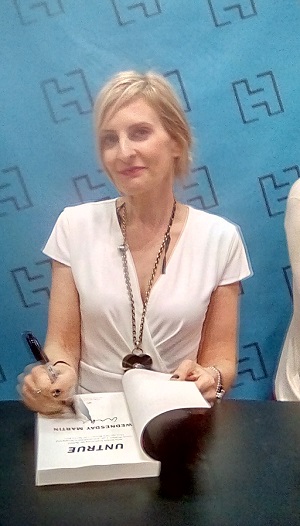 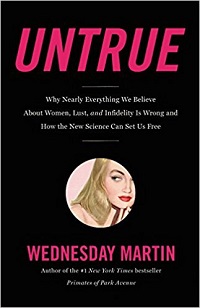 A bold, timely reconsideration of female infidelity that upends everything we’ve been taught about women and sex, Untrue is a book that will be the talk of the town when published, in September. The author, Wednesday Martin, had previously a #1 New York Times bestseller and she intends to repeat her feat with this in-depth study of women’s sexual behavior.

The Dictionary of Animal Languages is a novel by Heidi Sopinka, unlike the title may lead you to believe. The life of a woman is progressed through the book in chapters that have animal names and to which somehow the developing story refers to. It’s an exciting tale about an artist, her escape from a war-torn Europe and her final work, a vast account of animal languages. 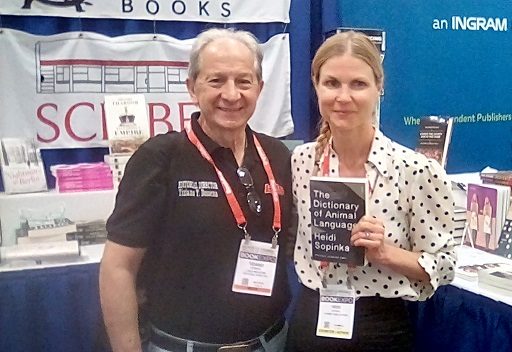 Italian-American writers’ presence was strong and noticeable. Among them I’d like to note Michael Franzese and his expanded edition of Blood Covenant, the story of the “Mafia Prince” who publicly quit the Mob and lived to tell about it. A review will follow in a separate article.

Another respectable author  was Bill Petrocelli and his Through the Bookstore Window, a riveting novel about the grim effects of war and  violence while exploring how love can transcend age, gender, background, and, perhaps, the readers’ expectations. 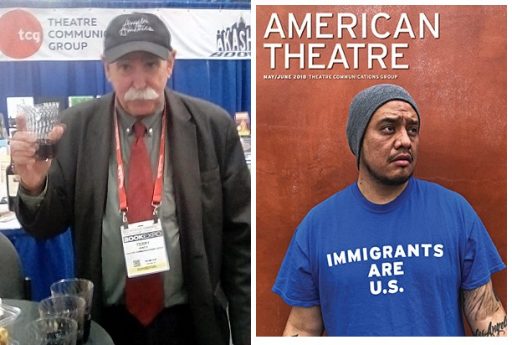 An English author of Italian origins, Nadia Dalbuono is known for her series of books dedicated to the fictitious Italian investigator Leone Scamarcio and she came to the Expo with another one of these stories, The Few, ‘an unsettling detective thriller set in the dark heart of the corrupt Italian political system’, a wonderful surprise for her fans. 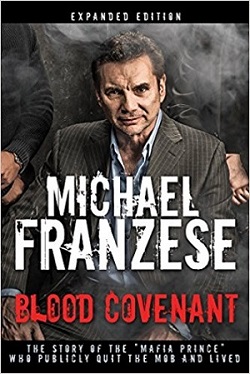 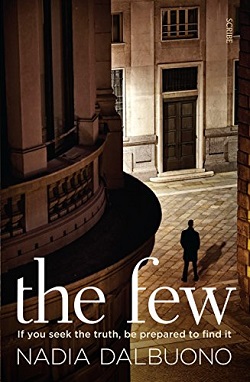 Altogether I can easily state, after talking to the many exhibitors, that the Expo was successful, but many unknowns still remain: will this Book Show keep on shrinking? Will the visitors decide to attend different exhibitions, which have in the meanwhile sprouted after the temporary move to Chicago, instead of this one? Only time will tell, but I hope that the trend will revert and the International Book Show will return to have the grandeur it used to have.