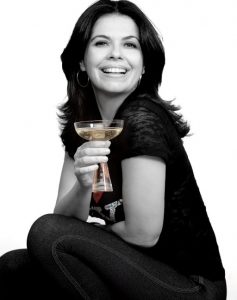 The TV shows Brindiamo! and all its derivative programs have become synonymous with good food, emotions, success, and mostly Italian products in general. What has prompted such a response?  It’s a question that really does not need an answer if you spent time watching any of them since they are also synonymous with a brilliant, supercharged TV host: Ornella Fado. What follows is a candid conversation with this successful Italian entrepreneur.

L’Idea: For many years, you performed and worked as a soloist, soubrette and actress in many RAI TV programs in Italy, such as “Fantastico 6”, “Un Altro Varietà,`” “Cinema che Follia,” “Sentimental,” and in theater productions such as “Rinaldo In Campo,” “Aggiungi Un Posto A Tavola,” and “A Chorus Line.” Would you tell our readers about that period of your life? Who was the performer with whom you worked that impressed you the most?
Ornella Fado: My career started at a very young age even before I moved from Calabria to Rome. When I was 17 years old, the Etoilè of the Opera in Rome, Ms. Diana Ferrara invited me to take part of her Dance Company for a National tour; as soon as the tour ended, I won a full scholarship at the CID of Renato Greco offered by the Regione Lazio and even before the scholarship ended I auditioned for Fantastico 6 and Franco Miseria chose me to be one of the five Italian dancers with Lorella Cuccarini. 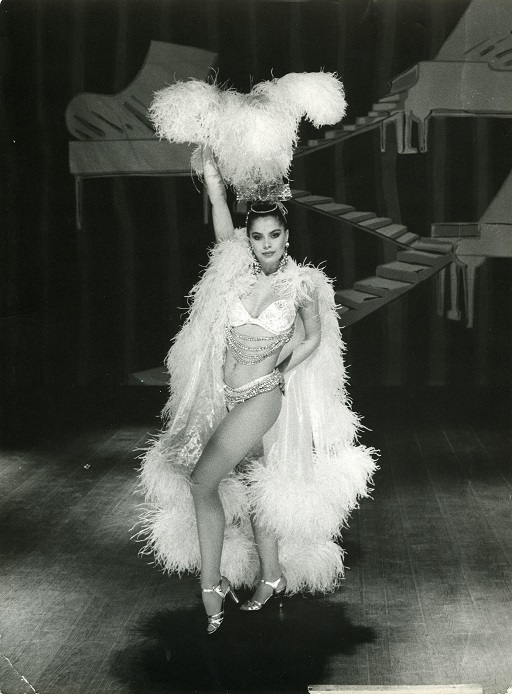 Soon after Fantastico, I worked in two new Rai productions with Mr. Antonello Falqui in Un Altro Varietà first and Cinema Che follia.
Shortly after, I had the honor and pleasure to work at Teatro Sistina under the direction of Pietro Garinei, with one of my favorite artist, Massimo Ranieri, and after two amazing years in Rinaldo in campo (where I have been both principal and lead actress) I had the pleasure to be in one iconic commedia musicale with the talented Johnny Dorelli in Aggiungi un posto a Tavola. 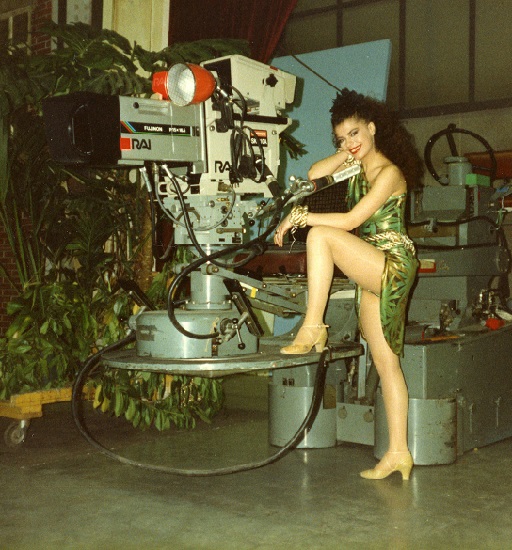 So, in a very short time, I was able to work with some of the finest directors, choreographers, artists, and dancers in Italy and I was also able to explore different roles and eventually choose my true passion, which is hosting. 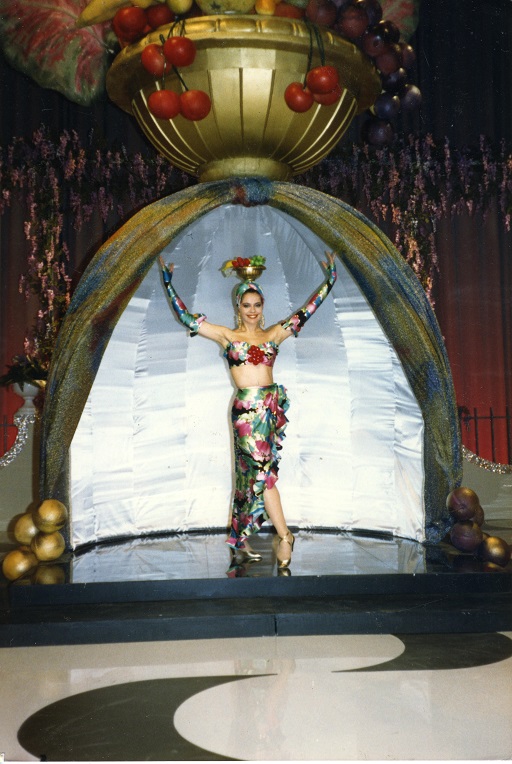 It has been a privilege to work with so many wonderful artists and I learned from every single one, but I do have a person that I always admired and maybe now more than ever, Massimo Ranieri. I had the pleasure to see and interview Massimo recently and that man is one of the most energetic, talented, focused, professional man I ever met; his charm and his capability to entertain an audience is everything you need to be called a true artist.

L’Idea: You were also a model/actress for print and commercial ads. Can you tell us more about that?
Ornella Fado: It was natural to be involved in different aspects of show business; my agent used to send me to audition for commercials and print jobs and it was fun to add that experience in my curriculum. 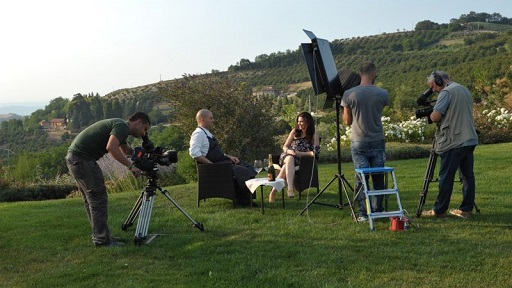 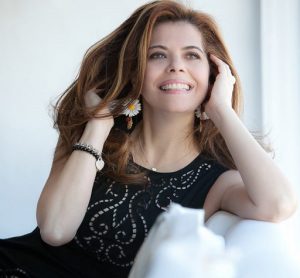 L’Idea: Around twenty years ago, you created two dance programs called, “Danza e Musica”, and “Jazz On Broadway.” What were they about?
Ornella Fado: Those Dance programs were created to fill a need; I was looking for a dance program or a language program for my daughter and I could not find anything interesting, so I decided to create Danza e Musica to teach Italian to children through songs and movement.
Kids on Broadway was designed for children in show business; again, I was looking for dance classes for my daughter who was a professional model and actress at that time and I could not find professional classes for young children, so one day, while Carolina was filming a commercial for Benetton, I had the idea to hire this hip hop choreographer for some professional classes for all those young professional models and actors and then I hired a tap dancer and a voice coach teacher and the program was very popular among those professional kids. 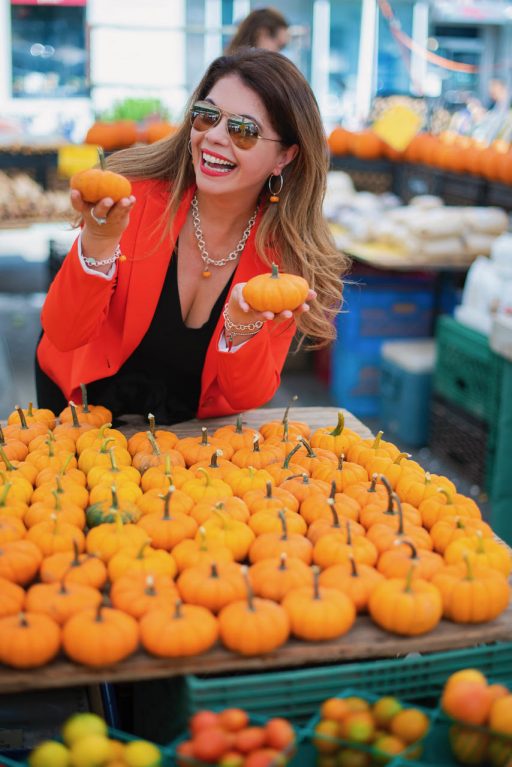 L’Idea: You are the hostess, creator, and producer of a TV show called “Brindiamo! – A Toast to the Finest Italian Restaurants.” Could you tell our readers what made you think of producing such a program, after your long experience with dancing and singing, and what is the program about? 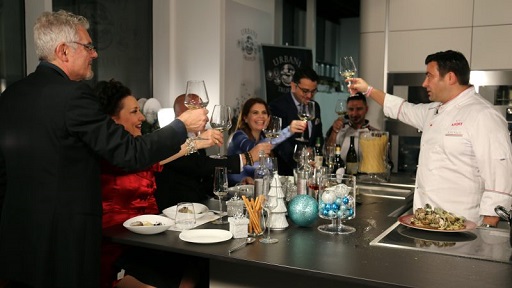 Ornella Fado: As I said, I always liked to explore and challenge myself, Brindiamo! was born for many good reasons. First of all, I wanted to create a TV show that would talk about successful Italians in America. There are many wonderful TV shows in America but none are focused on Italian culture or Italian food; even better, none welcomes Italian personalities in their shows, so Brindiamo! is the only American show hosted by an Italian hostess that welcomes Italian artists visiting New York. In addition, I wanted to showcase the finest and most authentic restaurants in America, showcase the traditional recipes and share the story behind a recipe or a product.

L’Idea: “Brindiamo on the Sea” was another TV series of yours. What was the goal of this series?
Ornella Fado: I loved my mini-series Brindiamo! On the Sea. The idea was to discover fine Italian restaurants every time we disembark. The series was filmed on MSC Cruise and it was the first show of its kind.

L’Idea: “Brindiamo! International Cuisine” and “Brindiamo! In My Kitchen” were two other mini-series of yours, also based on the original concept of Brindiamo!, I guess. Could you tell us what was different about them?
Ornella Fado: Well, as the title suggested, Brindiamo! In my kitchen was filmed in a studio that was supposed to be “my kitchen” and I had many chefs cooking for me and my special VIP guests.
Brindiamo! International Cuisine instead was a mini-series where I and my Italian chef were visiting a NOT Italian restaurant and we were cooking and creating some interesting fusion recipes. 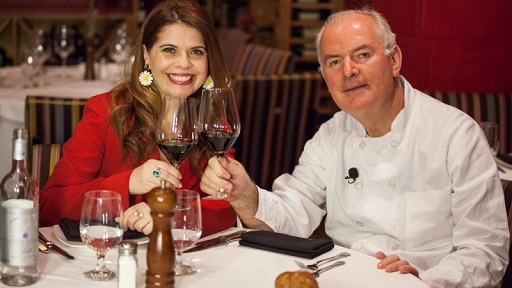 L’Idea: You also produced a mini-series titled “A Taste of Brindiamo!” featured in New York City yellow cabs. It sounds like a very innovative idea. Could you explain how it worked?
Ornella Fado: Yes, that was a very interesting project; when the first monitors appeared on the New York taxis, my channel was invited to produce mini-series to showcase in the yellow cab, and my show was chosen to be featured in all the yellow cabs in New York City. 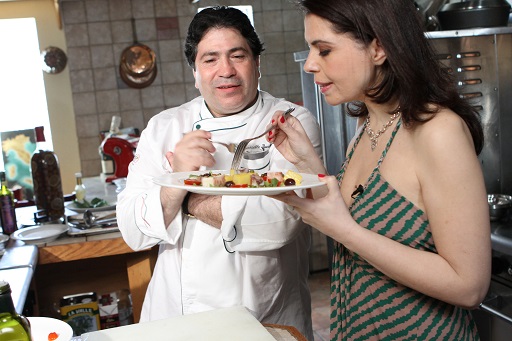 L’Idea: You are very active in charity work and scholarships, aren’t you?
Ornella Fado: I feel that each event should have some charity aspect, so when I can, I try to add that charity spirit to my event. And Yes, I created the Brindiamo! Scholarship with a wonderful cooking school in Italy called IFSE. Imagine that one of our recipients became the winner of “Master chef” in Brazil.

L’Idea: What was the purpose of your recent trip to Italy?
Ornella Fado: Visiting my country is always so special. In July 2019 I was filming a show from the region of Apulia. 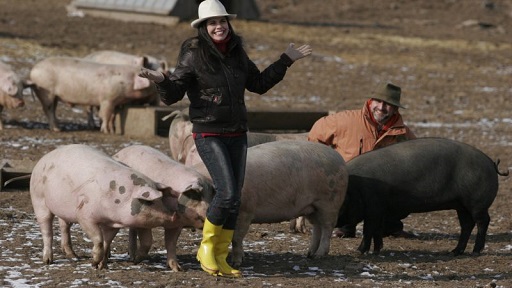 In December 2019, instead, I was guest at the hold at the prestigious La Pergola restaurant in Rome, as Ambassador Eccellenze Italiane USA, and then I filmed a new episode of Brindiamo! from the 2 Michelin stars restaurant Il Pagliaccio. I also was hosting a press conference at the Parliament in Rome, and last but not least I was a guest of the RAI-produced TV show L’Italia Con Voi. 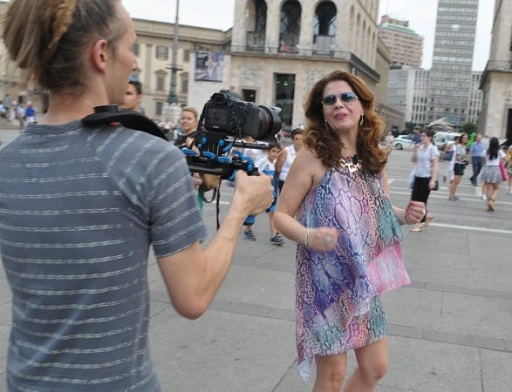 L’Idea: Should we be expecting any other projects from you shortly?
Ornella Fado: You Bet! About 6 months ago I become the Brand Believer of a great Italian Jewelry line called DOP and soon I will develop my line. Also, this 2020 Brindiamo! celebrates 15 years of Brindiamo! So, stay tuned for more exciting news. 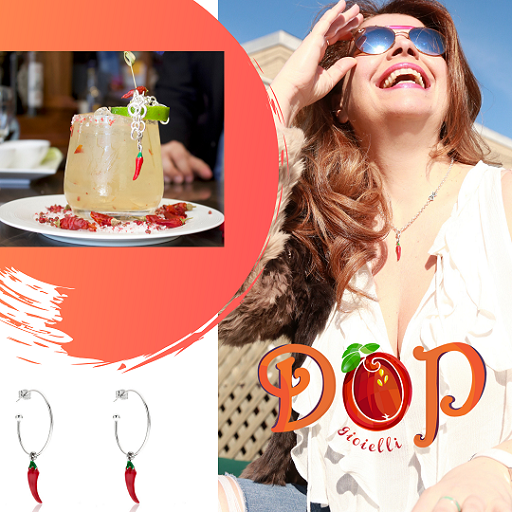 L’Idea: A message for our readers?
Ornella Fado: Because your magazine is called “ L’IDEA” and ideas often are dreams, I wish your dreams come true, and let’s give life to all your ideas.
Brindiamo!