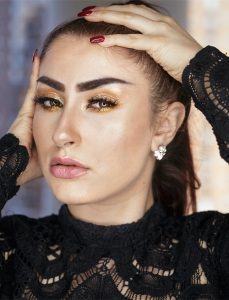 Milanese by birth, Viola Manuela Ceccarini is achieving an enviable success in the Latin television world in the USA, after having contributed to various international television channels in Italian. Recognized journalist (she is a correspondent for six magazines, including L’Idea Magazine, as well as various television and radio channels) Viola, aka ViVi, as his friends identify her, covers all international awards (Grammys, Emmy, Oscar, etc.) and presents the public with an entirely personal view of the events. She speaks excellent Spanish with a slight foreign accent that earned her the nickname of “l’italiana” (“the Italian”) by the large Latin television audience. ViVi is the winner of the “Young Female Entrepreneur of the Year” award in the international Stevie Awards for Women in Business competition. We met in the center of Manhattan and we had a nice chat. 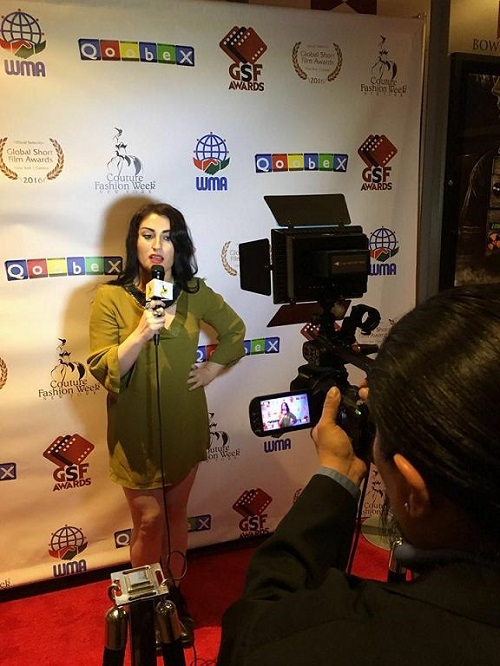 L’Idea: ViVi, could you tell our readers how and why you came to the USA?
ViVi: Growing up in one of the most influential fashion capitals in the world: Milan inspired me to undertake a career in the fashion and entertainment industry. At the age of 17, after graduating from high school, my parents gave me a “postgraduate” gift by sending me three weeks to study English in New York. I still remember the moment when I arrived in Times Square … I was enchanted by the sight of the skyscrapers, the crowded streets, and the sparkling lights … for the first time I felt a feeling of infinite freedom … and inside myself I knew that in this city all my dreams could have been realized, so I made a promise to myself, that I would return to live in New York … one day … Three years later: After graduating from the University of Milan in “Visual and Multimedia Communication” I started working for a local Italian fashion magazine called “Zaffiro Magazine”, I was in charge of writing articles and interviewing fashion personalities at Milanese events of social life. Unfortunately, however, the opportunities in the sector were limited, which led me to reconsider the idea of ​​living in New York permanently. So in 2013, I left Milan and moved to New York alone and against the will of my parents, driven by passion and desire to grow professionally. Living in NY has always been my dream and a personal challenge! New York has a unique energy; it’s the capital of the world, where everyone is equal and respected, whether you’re picking daisies (which you are probably the only one to see) on a sidewalk or you’re Leonardo DiCaprio, people look at you the same way. Because those who are here have ambitions, a project! You find all the best in New York; it is a city that either encourages you to be humble and improve yourself, or crushes you; that’s why I love it!!” 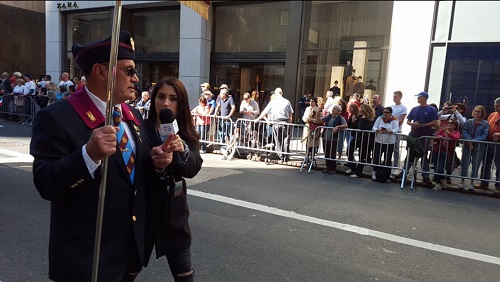 L’Idea: Do you think that America, and in particular New York, still offers great opportunities for those with talent?
ViVi: Absolutely yes !!! In order to find and benefit from the opportunities available in New York, you have to come here with a certain kind of mentality that involves: ambition and perseverance, preceded by an action plan and a great desire to work and carry out a project without ever losing sight of the final goal. Although I firmly believe that New York is not a city for everyone, for its hectic and sometimes stressful lifestyle, you must love to work and you must have big dreams to realize… 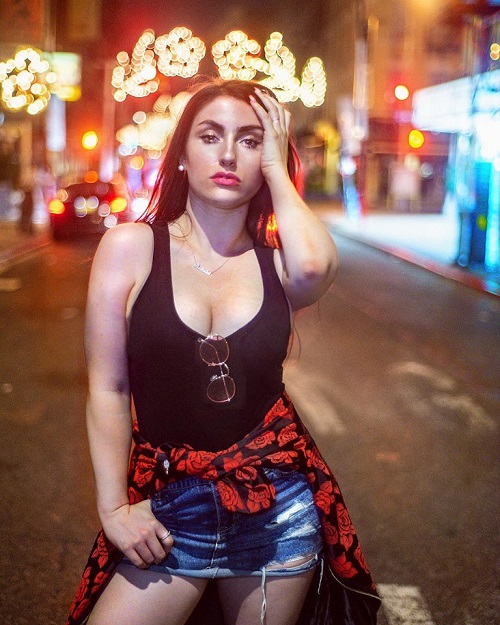 L’Idea: For several years you have written and talked about fashion and High Society both in various magazines and in television programs. How did you come to this journalistic specialization?
ViVi: I always knew that I wanted to work in the media and in the entertainment world. Since I was a child, my sister and I played with Dad’s camera; she filmed me and I presented, sang and danced. In 2011 I graduated in “Visual and Multimedia Communication” at the European Multimedia Academy ACME, specialized in visual arts and multimedia production, where I learned to do post-production with video editing programs like Final Cut Pro/Adobe Premiere. After graduating, I took my first steps as an interviewer-columnist for a printed and online Italian luxury magazine called “Zaffiro Magazine”, presenting events in Milan’s nightlife. 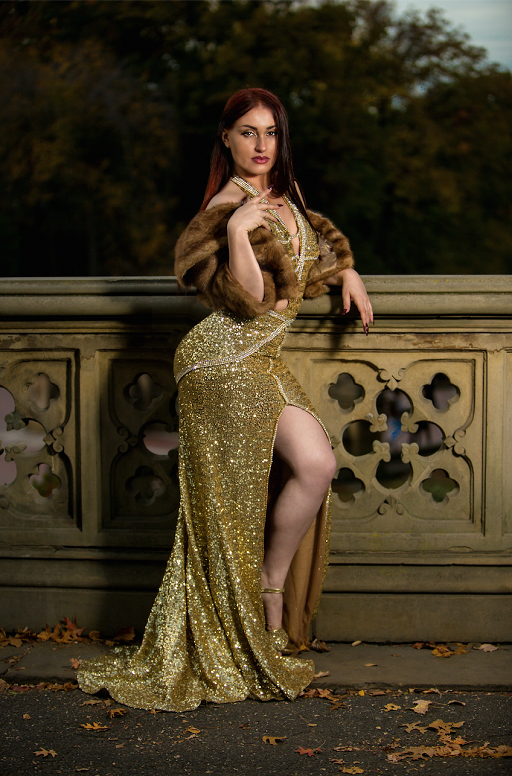 The magazine was managed by a communication company called DBCommunication, for which I carried out work in the field of public relations, occupying a fundamental role for the company, covering important projects for their clients, including Italian artists and celebrities. I was also in charge of designing the company logo. This logo was then printed on t-shirts and worn by Italian VIPs, singers, reality stars and celebrities. My passion for the media started in Italy and then grew up in America; to write and present programs give me a voice and above all the opportunity to express myself. I am currently writing in three languages ​​(Italian, Spanish, and English) for various magazines and periodicals that talk about fashion and lifestyle. I cover fashion, entertainment, and events such as New York Fashion Week, Film Festivals, Grammys, Oscars … etc etc 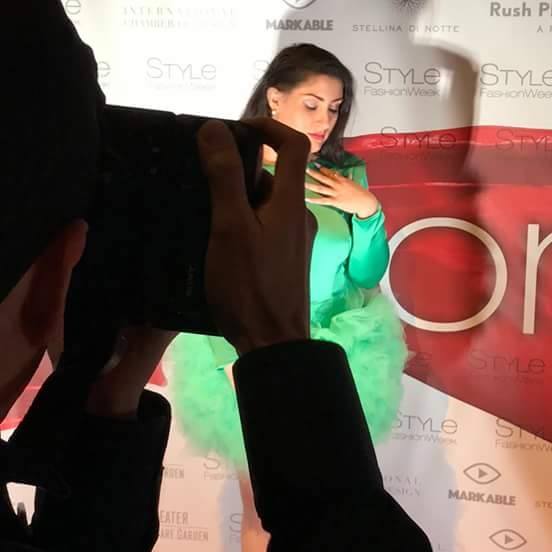 L’Idea: But you are having a huge success with gossip no less than in a Spanish television program. Can you tell us a little about this new experience of yours?
ViVi: The Hispanic community has always welcomed me with open arms. When I moved to New York I came to live directly in Washington Heights, a Latin neighborhood located in the upper part of Manhattan (Uptown). My first rented room was in the home of a Dominican family, where I lived for 2 years and where I learned to speak Spanish (and street slang), to love the culture, cuisine, and music. , I am currently working for a Hispanic channel called Super Canal, where I conduct a segment of entertainment, gossip, and fashion news. The name of the program is “Option New York” and is broadcast live from Monday to Friday (2-3 pm) anywhere in the United States via Cable on Spectrum Channel 870, Verizon Channel 1507, Comcast Channel 620 and Optimum Channel 1023. Also, the program is broadcast internationally live from 3-4 pm in the Dominican Republic on Channel 33 (one of their main channels), in Puerto Rico, in the Caribbean Islands, and in Spain. 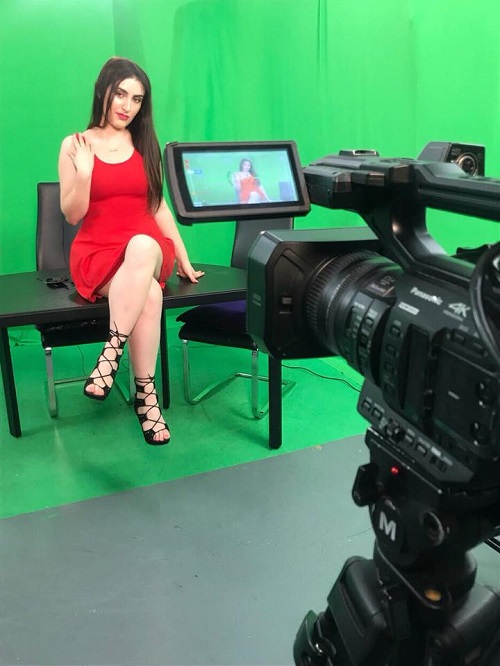 L’Idea: I admire your various photos in which you pose as a model. Do you plan to continue even in the fashion shows despite your many professional commitments?
ViVi: Yes, I keep the doors open for any opportunity that comes to me $$$$!! In the past, I worked as a photo model, but for now, the only show I ever attended was that of my friend designer Pamela Quinzi. I usually collaborate with designers when I go to cover important events, I typically work and give the opportunity to Italian designers to present their collections, because there are many talented designers in Italy who need to be known. 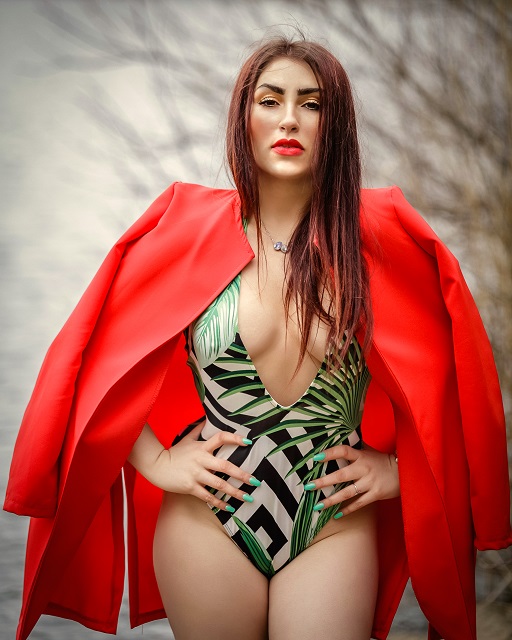 L’Idea: On what other projects you are working?
ViVi: I have so many projects at stake that unfortunately, I cannot reveal yet; surely I can tell you that soon a music video of Messiah, Kapuchino, and Tali will be released, in which I took part recently. They are known urban artists; Messiah is the one who featured with Cardi B in the Bodak Yellow version in Spanish. I can’t wait to share it with you! 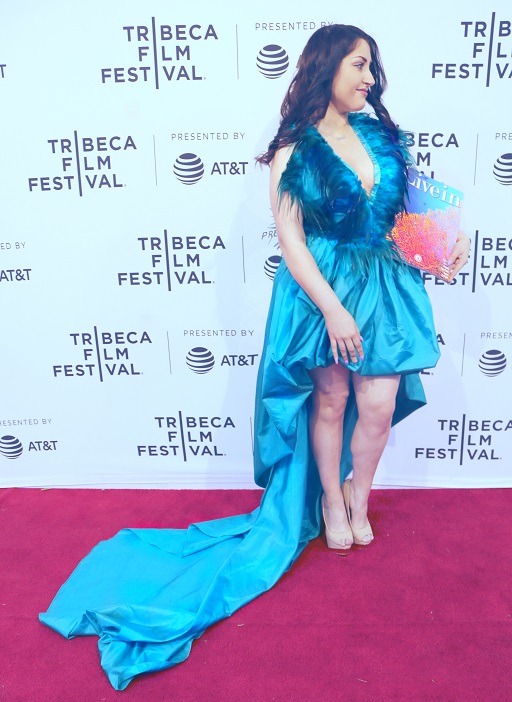 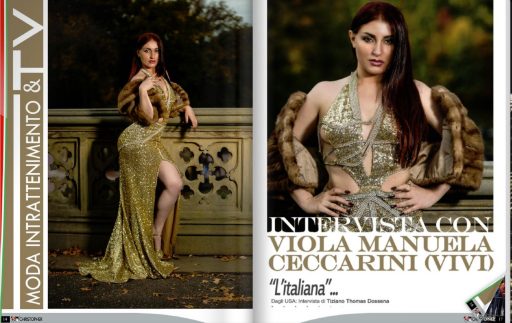