Elizabeth Pipko, 22, was born and raised in New York City. At ten years old she discovered her love of figure skating and moved with her family to Florida in order to pursue her dream of becoming a competitive athlete. She competed for years in various competitions across the United States before suffering a devastating injury at 15, after which doctors told her that she would never skate again. During her long recovery, Elizabeth finished and published her first collection of poetry, “Sweet Sixteen” in 2013. She also began her modeling career, being featured in DT magazine, Maxim, Esquire and many more.  Elizabeth also starred in the Vizcaya Swimwear “Perfectly Imperfect” campaign, an anti-photoshop campaign promoting positive body image which was covered by major publications such as PEOPLE and Vanity Fair Italia. After years of physical therapy, Elizabeth has made her return to the ice, defying all odds and hoping to inspire those around her. Elizabeth is currently a student at the Harvard extension school, majoring in legal studies and double minoring in religion and math. Her second collection of poetry, “About You,” is due for release in early summer 2018. She will appear at the International Book Expo in New York City.

L’IDEA: You are a poet, a model, a figure skater and so much more, even though you are only 22. Which one is the title you feel depicts you more accurately and why?
Elizabeth Pipko: I think I am a figure skater before I am anything else. And I say that certainly not because I am a brilliant skater, but because figure skating is where I found myself. Only after discovering the sport did I discover who I was and who I wanted to be. Everything in my life changed when I fell in love with the sport. Some things got better and some things got worse, but somehow it all felt extremely right. I felt like I was born to be a figure skater when I first fell in love with the ice at ten years old, and I think I’ll forever feel that way. 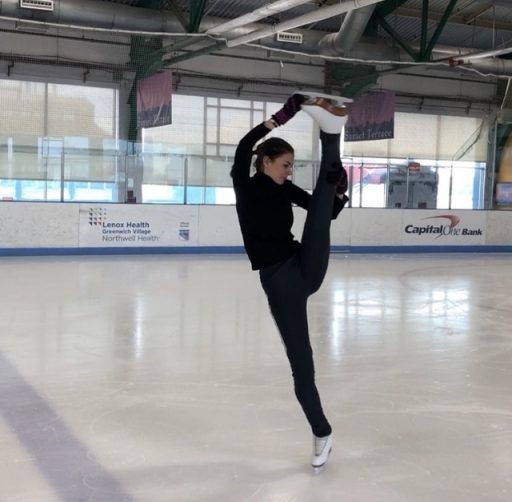 L’IDEA: Did you always have the poetry bug in you or was it inspired by your life events?
Elizabeth Pipko: I think I’ve always liked writing and felt as if I was better at it than I was in certain other things, but it was never something I did regularly. Only after certain life events caused me to need to find an outlet for my emotions did I realize how much I enjoyed poetry.

L’IDEA: What is your poetry about
Elizabeth Pipko: It’s about a lot of things… For me, I used poetry to express the heartbreak I felt as a sixteen-year-old girl trying to deal with a devastating injury (that took skating away from me) as well as the very common heartbreaks that a sixteen year old girl may face. My second book, About You, was written about my injury and losing the ability to skate, but without ever directly mentioning those words. I wanted people to be able to connect with the words and emotions that I was feeling regardless of what or who it was that they were longing for. 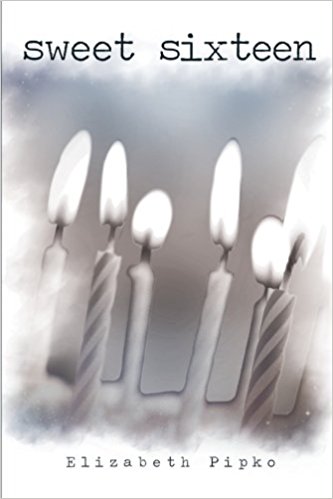 L’IDEA: How important was it to you to return to ice skating and why?
Elizabeth Pipko: It was extremely important to me for many reasons. My parents raised me not to be a quitter. My mom taught me to always follow my dreams, and always prepared me for the many obstacles I would have to overcome in order to do that. And more importantly, showed me how to overcome those obstacles with everything I’ve watched her deal with in her career (she’s possibly the most incredible concert pianist you’ve ever heard). I always knew that this was something I had to do. And whether I make a full recovery and reach the top levels of the sport or just overcome the obstacles that come with trying to skate through pain every day, I’ll always be proud of myself for not giving up.

L’IDEA: In your bio it says you moved from New York to Florida to ice skate and that may confuse our readers, considering the climate of the two cities. Could you elaborate on that?
Elizabeth Pipko: It does sound quite funny now that I think about it! Competitive figure skaters train in skating rinks indoors, so the climate outside is not really the one that we focus on. I discovered incredible coaches, actually completely on accident and without ever planning on pursuing skating, and they’re the ones that introduced me to skating and believed in me from the start. So, my parents and brother packed up and moved down to Florida in order for me to skate with those coaches and follow my dream. 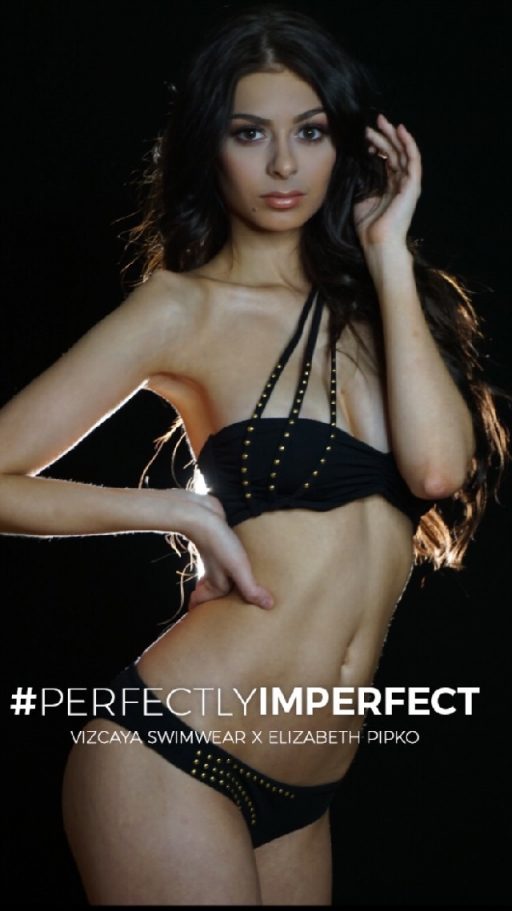 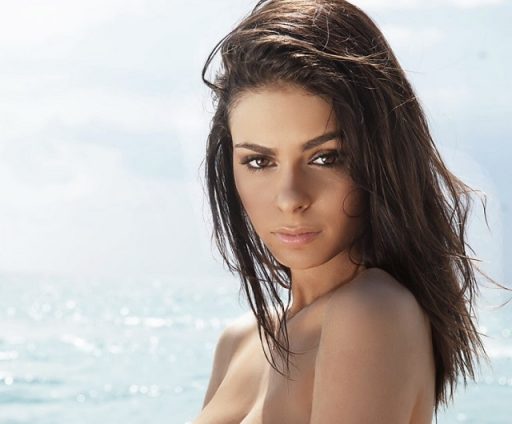 L’IDEA: You participated as a model in the campaign “Perfectly imperfect”. Could you explain what that is about?
Elizabeth Pipko: Yup! So Lisa (the owner of Vizcaya swimwear) and I really bonded over what we had been through with dealing with negative comments and cyber bullying and decided to do something using those experiences. We wanted to do something special and something that would feel natural, and also inspire people not to be ashamed of the skin they were born in. The point of the campaign was to show the swimwear and how good it made you feel to be wearing it, and we decided that we could do that without needing an ounce of retouching! Just like in life.

L’IDEA: Would you have a special message for our readers? And maybe a suggestion for our young readers?
Elizabeth Pipko: Always always always follow your dreams! I promise people will stand in your way, sometimes even people who you thought were your biggest fans. But the ONLY person that you needed believing in you, in order to succeed, is YOU.