Based in New York City, one of the most diverse and culturally rich environments for the arts and the many artists it supports, Maestro Alan Aurelia has distinguished himself as a conductor, an arts advocate, educator, and administrator. He is currently the music director of the Richmond County Orchestra, New American Youth Ballet and artistic director/conductor of the Riverside Opera Company.
He received full scholarships and fellowships to study at the Hartt School in Hartford, Connecticut and the Conductors Institute at the University of South Carolina and Columbia. He has served on the music faculties of Wagner College, the College of Staten Island and the Borough of Manhattan Community College.
Describing Maestro Aurelia’s virtuosity, composer and conductor Lukas Foss stated that “He conducts very naturally, effortlessly and clearly enabling all in the orchestra to follow every musical nuance and inflection quite easily”.
At the conclusion of a concert that Maestro Aurelia conducted in Italy, Joel Cohen of the Staten Island Advance wrote that “he was called back five times for bows by a standing ovation audience” and Michael Fressola, also from the Advance, noted that “The concert strikes a multicultural chord with the audience”.
Under his baton, the Richmond County Orchestra was selected to perform at the Guggenheim Museum’s NY.2022, a multi-media creation by Parisian visual artist Dominique Gonzalez-Forester with music by the Berlin-based composer, Ari Benjamin Meyers, which received a rave review from the New York Times. Maestro Aurelia has also performed at the Metropolitan Museum of Art and he has been asked to conduct in Carnegie Hall as well as in Miami, Florida, and Mexico. He has been a guest conductor for the Bacau Philharmonic from Romania during Tuscany’s “Festival Sinfonico di Massa” and for the Kiev Strings in Montegnioso. 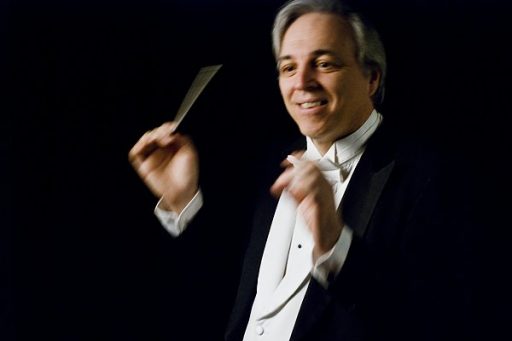 In addition to performing the standard symphonic orchestral literature, Maestro Aurelia conducts the opera, ballet, premiers of new compositions as well as the music of Broadway. As a consequence of his versatility, he is comfortable in an array of different genres and creates interesting and exciting programs that appeal to a broad audience.
Maestro Aurelia’s Side-by-Side program for students stands out as a significant marker of his dedication to music education, which is also reflected in the establishment of the RCO Musicians Contest and the Instrument Petting Zoo, programs that he initiated as music director of the Richmond County Orchestra that actively support music education for young students in the New York metropolitan area.
He has received several awards and honors for excellence in performance, education and community relations. He has appeared on many local radio and TV programs inNew York and serves as chairman of the Board for Tribeca Music and Art inManhattan.

L’IDEA: You are the Music Director of the Richmond County Orchestra and the New American Youth
Ballet Orchestra. How different is being the Music Director of an orchestra and of a Ballet group?
Alan Aurelia: It is easier to conduct the RCO when we are doing symphonic music together because
there are just two variables orchestra and me. Together we try to make the composers music sound its
best. When dancers are added to the mix the challenge becomes making the music “fit” the dancers’
movements, jumps, and gestures. The music has to be in the right tempo, time with the dancer(s). It’s
akin to, the buzzer has to go off when your finger touches the doorbell, not before. The good thing
about conducting ballet music with dancers is you don’t have to worry about playing too loud.

L’IDEA: You are also Artistic Director/Conductor for the Riverside Opera Company. What does this entail
versus the positions that I refer to in the preceding question?
Alan Aurelia: Accompanying singers, with orchestra, especially opera is the most challenging
conducting. Voices are very delicate instruments and as such, singers need to take liberties with tempos
because of breathing, and a good opera conductor must never allow the orchestra to drown out the
singer. 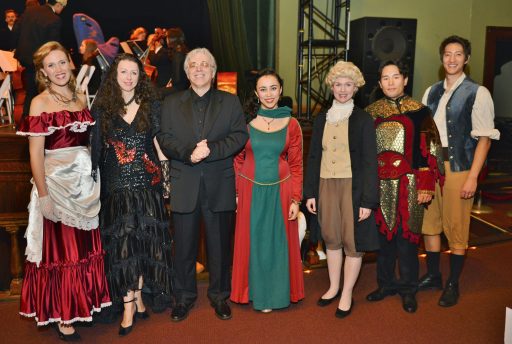 L’IDEA: What is the operatic program of the Riverside Opera Company and where do they operate?
Alan Aurelia: The Riverside Opera Company is celebrating its 22nd season! Although based on Staten Island
it has performed at the Metropolitan Museum of Art and Washington Square Park for Garibaldi’s
bicentennial. They have performed all the major operas with full orchestra and continues to perform
the popular opera numbers many times combining popular pieces as well as Broadway numbers.

L’IDEA: When did you realize you wanted to be a music conductor?
Alan Aurelia: I was student director of my High School Symphonic Band and conducted many
community orchestras and bands, then having a successful career as an instrumentalist, I was offered
my first professional conducting position in 1993 for a local NYC ballet company orchestra and have
been conducting professionally ever since.

L’IDEA: Are you still teaching in college? Did you also teach instrumentation?
Alan Aurelia: I was on the Music Faculty of three colleges and universities in NYC, now retired, I have
private students and teach at a local Music Conservatory.

L’IDEA: Which one is the opera you feel is the most rewarding for you as a conductor and why? And the
most challenging one?
Alan Aurelia: All operas are equally challenging. depending on the singers, production staff, directors
you are working with because all affect the music making.

L’IDEA: What characteristics do you feel make a better orchestra conductor?
Alan Aurelia: Know the music well before first rehearsal and with a minimal gesture from one’s baton or
hand, convey the composer’s musical ideas clearly, enabling the musicians to perform at their optimum
ability. A good conductor is a good teacher as well as a learner and must show compassion for the
orchestra and vocal musicians as well as dancers. Years and years of conducting helps to make better
conductors. It took me ten years before I felt comfortable in front of an orchestra. Many orchestra
boards today make the mistake of hiring the young “wunderkind” conductor and problems generally
ensue.

L’IDEA: You directed orchestras from different nations. Have you found a different attitude among the
orchestra members, as music interpretation goes? Do you feel that music is so universal as to flatten out
ethnic and racial differences?
Alan Aurelia: My experience has been, whether conducting in the US or abroad, that if the conductor is
sensitive to the musicians’ needs, mostly musical ones, they will perform well.

L’IDEA: Are there any new projects you are working on?
Alan Aurelia: I am always seeking to do more concerts for the public, as a guest conductor or taking the
award-winning Richmond County Orchestra on tour.

L’IDEA: If you could meet anyone from the past or the present, who would he or she be? What would
you like to ask them? What would you like to tell them?
Alan Aurelia: Wow, this is a hard one because there are so many people. But if I had to choose one it
would be the conductor Arturo Toscanini and I’d ask him if he truly had a photographic memory. 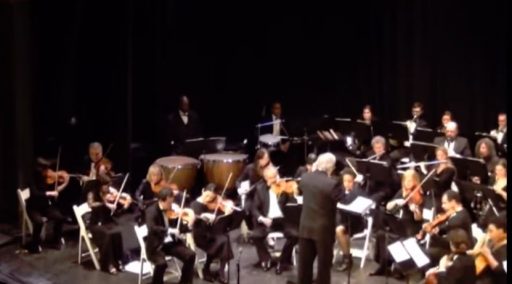 Ride of the Valkyries – Amazing Performance by the Richmond County Orchestra!!