A young and very promising soprano is having a great success in Italy and we at OperaMyLove were fortunate to meet her for an interview.

Tiziano Thomas Dossena:  You are very young, yet you have been in the opera world for a while. What prompted your interest in this field?
AnnaMaddalena Capasso:  I was five when I saw for the first time at the San Carlo of Naples “La Bohème”  by Puccini. After the show, I told to my mother:” When I grow up I’ll be an opera singer!” 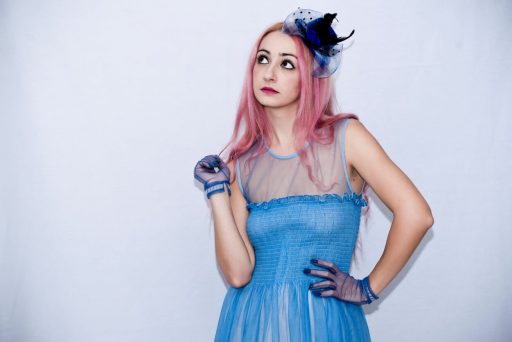 Tiziano Thomas Dossena:  Which character did you find more challenging to prepare for, and perform?
AnnaMaddalena Capasso: Every role has its own difficulty, but one of the most complex for me it was Elvira from I Puritani by Vincenzo Bellini.

Tiziano Thomas Dossena:  Which soprano do you admire the most and why?
AnnaMaddalena Capasso: Maria Callas has been the greatest interpreter of the 20thcentury. I love her. When I was younger, someone told me that I looked like her, aesthetically. Destiny wants me to have Greek ancestors from my mother and this inspires me even more.

Tiziano Thomas Dossena:  What has been the most rewarding performing experience you had so far?
AnnaMaddalena Capasso: I had many rewarding experiences, but what I will remember for a lifetime was during a Christmas concert in a church in the Quartieri Spagnoli of Naples. I interpreted the Virgin Mary who was singing the Brahms’s lullaby to Jesus. The audience went into raptures; they said that I really looked like a sacred image. (Truthfully she does have a resemblance to some of the paintings of the Virgin Mary…) 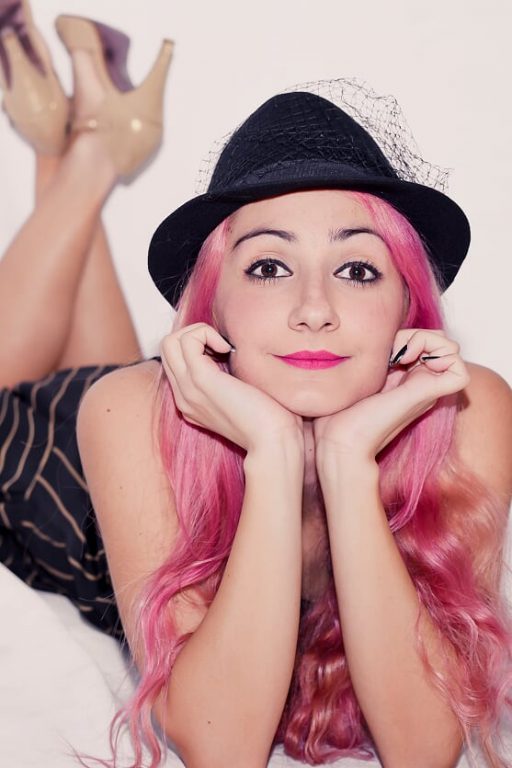 Tiziano Thomas Dossena:  Who is the opera character that you would love to be cast in? Why?
AnnaMaddalena Capasso: I’d like to interpret “Lucia of Lammermoor” by Donizetti. She is very macabre, romantic, strong and fragile character. I like to play such complex characters.

Tiziano Thomas Dossena:  What were your recent performances? Did you find them challenging? Rewarding? To your satisfaction?
AnnaMaddalena Capasso: My last interpretation has yet to come, it’s always a challenge! I will never be satisfied! 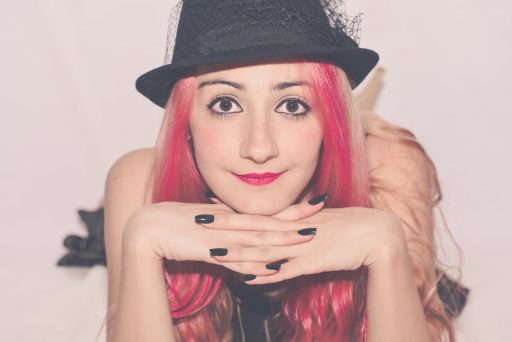 Tiziano Thomas Dossena:  Who is the performer you were thrilled to work with and why?
AnnaMaddalena Capasso: More than with an interpreter I’d like to work with a great conductor Daniel Barenboim, I love his way of directing.

Tiziano Thomas Dossena:  Do you have any upcoming projects?
AnnaMaddalena Capasso: Sure! I’m making a series of videos to introduce the world of the opera to as many people as possible! Follow me on my Instagram account @the_eternal_diva or my YouTube channel! (https://www.youtube.com/channel/UCFJRAw0u55r9D0QtDSgUI3w) You will see some beautiful ones!! 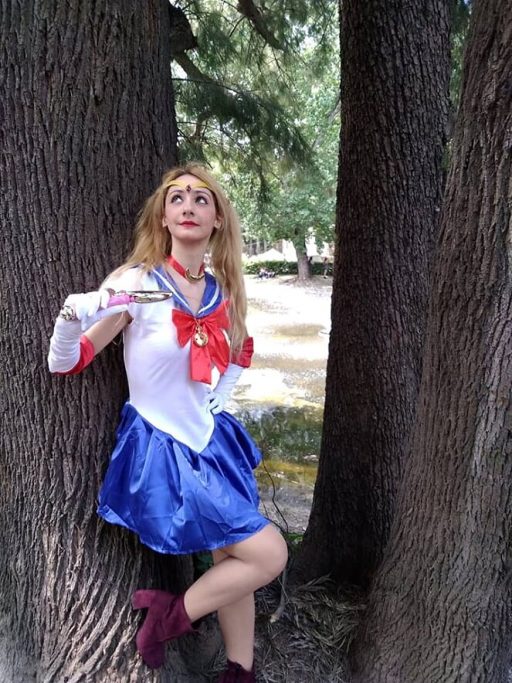 Tiziano Thomas Dossena:  I read that you are a passionate fan of your hometown soccer team, A.C. Napoli. Was this passion passed on to you by your father? Do you have any other passions and/or hobbies?
AnnaMaddalena Capasso: Yes, It’s true! I often go to the stadium; it’s a passion that was born alone! Sometimes I say that I have “blue blood”… (AnnaMaddalena laughs) ! In Naples everything is blue!
I have so many passions, one of these is the Manga; I go to the comic convention in Cosplay, the last character I Played was Sailor Moon at Napoli Comicon.
I really like reading literature classics; I love Disney’s movies and doing outdoor sports: swimming, diving, archery, running, climbing and above all, traveling! On the other hand, as Shakespeare said:”The whole world is a stage!” 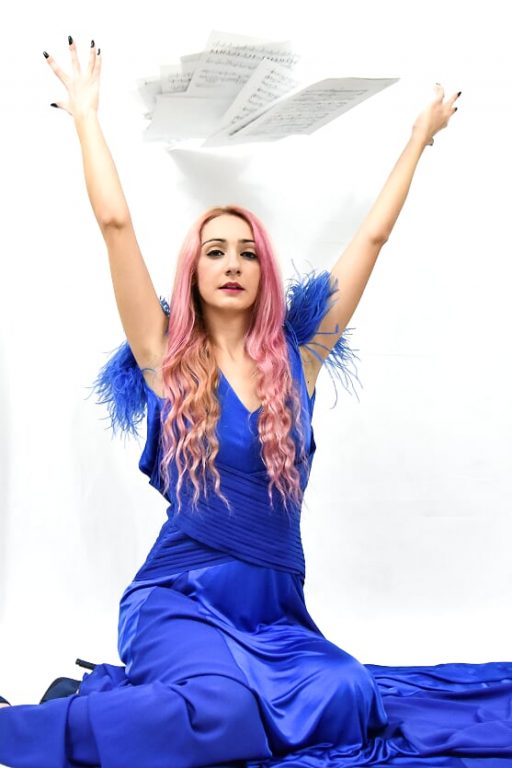 AnnaMaddalena Capasso is a lyric coloratura soprano. With a distinctive voice and a strong ability to interpret, she was born in Torre del Greco on 04/07/1992.
AnnaMaddalena grew up in a family of artists in the graphic field. From an early age she showed a strong tendency in the music. She began studying opera singing at five. At sixteen she was admitted to the Conservatory of Music San Pietro a Majella in Naples, where she graduated in opera singing. Meanwhile, she participated in numerous opera performances, including “La Traviata” by Verdi at the Museum Donnaregina of Naples, ” Dialogues of the Carmelites ” by Poulenc at the Conservatory of Naples. At nineteen, she graduated from the high school with the linguistic project Jug, where in addition to deepen the study of modern languages it expands to the study of classical languages.

She participated in numerous national and international competitions for opera singers, including the X Singing Competition organized by the International Institute for Opera and Poetry and the Fondazione Arena di Verona and the VII international opera competition “Magda Olivero,” always receiving great appreciation by the jury. AnnaMaddalena won the third prize in the XIII National Competition of music created by ” Lions Club ” in Mercato San Severino.  She interpreted in the Opera ”Mas’Aniello” by Jacopo Napoli the roles of The Queen and Marco Vitale. The same year she participated in a Master Class on the work held by the German master Adi Bar, interpreting the arias of the Queen of Night from ” The Magic Flute ” by Mozart. She also attended a lecture by M. Irene Crodelia Huberti. She performed in several concerts with the ” Cantori di Posillipo ”.

In December 2015, she took part in the Bohème by Puccini at the Teatro La Nuova Fenice in Osimo.

She took part in Bizet’s Carmen held at the same directed by Matteo Mazzoni, with the participation of Luca Violini and the conduction of Maestro Alessandro Benigni.

In May 2016 she participated in historical staging of Fedora (Giordano)  directed by Lamberto Puggelli at the Teatro San Carlo in Naples, conducted by Asher Fisch and Maurizio Agostini.

In July 2016, she performed the Nabucco of G. Verdi to the Reggia of Caserta with Leo Nucci, the conduction of Daniel Oren and the direction by Stefano Trespidi.
She was awarded the ‘Naples in the World’ award.

She sings in five languages: French, English, German, Spanish and Japanese. Her repertoire ranges from the Opera to sacred music. 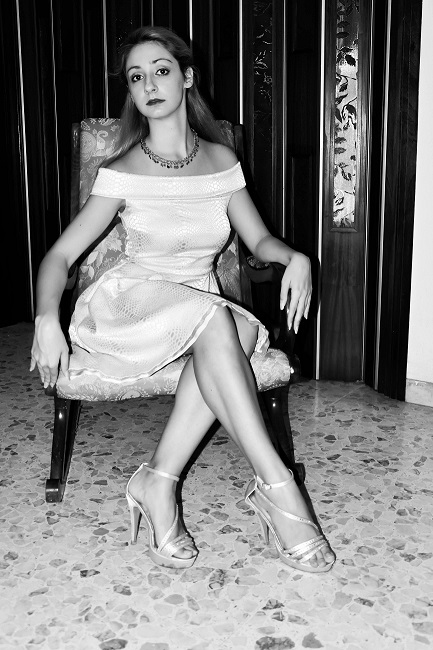 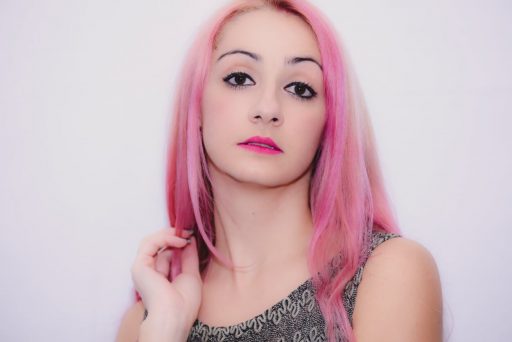 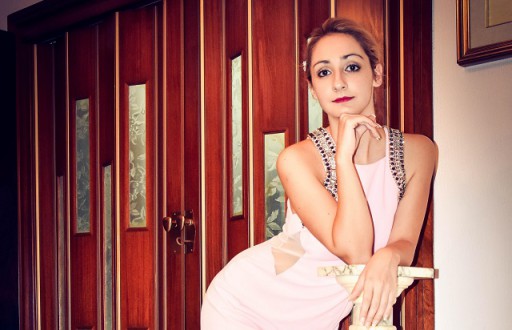