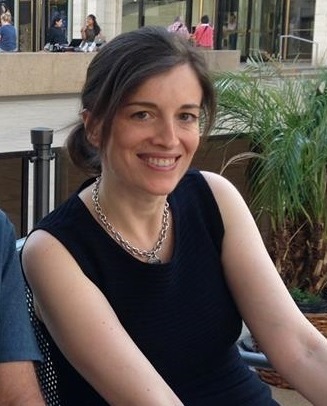 Victoria Surliuga is Associate Professor of Italian Studies, Italian Program Coordinator and World Cinema Coordinator in the Department of Classical and Modern Languages and Literatures at Texas Tech University. She has studied Comparative Literature at Mount Holyoke College and holds an M.A. from Brown University and a Ph.D. from Rutgers University in Italian Studies. She is a scholar of modern and contemporary Italian art, cinema, and literature, as well as a poet and a translator. She was awarded The 1905 Fellowship of the Mount Holyoke College Alumnae Association for her research on Peggy Guggenheim and art patronage; a grant to the Italian Program at Texas Tech University from the CH Foundation to curate the exhibition “Ezio Gribaudo’s Theaters of Memory” at the Louise Hopkins Underwood Center for the Arts (2016); Scholarship Catalyst grants from Texas Tech University; and was Humanities Fellow at the Humanities Center of Texas Tech University (2016). She has also curated the exhibition “Ezio Gribaudo: A Lifetime in Art” at the Texas Tech University Library (2018).

She has also written on poetry and painting in Giambattista Marino, on Federico Fellini, on the poetry of Andrea Zanzotto, Franco Loi, Giancarlo Majorino, and Giampiero Neri. She has authored six books of poems, of which the most recent one is “Shadow” (Las Cruces: Xenos Books, with Chelsea Editions and the Raiziss-Giop Foundation, 2018). (Courtesy of www. victoriasurliuga.com)

L’Idea: You have worked on modern and contemporary Italian art, and you were also awarded The 1905 Fellowship from the Mount Holyoke College Alumnae Association for your research on Peggy Guggenheim. What were the most interesting facts you learned about her and her philanthropic activities?
Victoria Surliuga: I started working on Peggy Guggenheim a few years ago as I wanted to explore patronage in modern art. I was mostly impressed by her ability to interact with a variety of artists and continuously acquire their work despite all the difficulties dictated by history and her need to create her own legacy that was independent from her family. Her sense of vision for what later became her permanent collection in Venice is remarkable as well as her strength in facing life and its obstacles. I have worked on archival documents and read about her most interesting experience as a gallerist and then museum founder at the Guggenheim Archives in New York, the Peggy Guggenheim Collection Archives in Venice, Italy, and other research centers such as the New York Public Library. 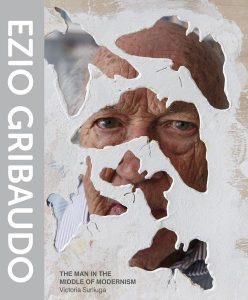 L’Idea: Ezio Gribaudo’s name appears multiple times in your biography, since you wrote about him and were the curator of two exhibitions of his works. Could you tell our readers how your studies on him started and what made you decide to expand on them through the years and become an expert on his work?
Victoria Surliuga: I started working on Ezio Gribaudo’s art when I found his name mentioned in Peggy Guggenheim’s autobiography. She acquired a few of his iconic “logogrifi” (engravings on white blotting paper) for which he was awarded the 33rd Venice Biennale Prize in 1966. Gribaudo published many catalogs of her Venice Collection between the 70s and the 80s for the Edizioni Fratelli d’Arte Pozzo that he was directing at the time. Guggenheim credits Gribaudo for having organized an exhibition for her Venice Collection at the Galleria d’Arte Moderna in Turin, Italy. The Italian Program that I coordinate at Texas Tech University was awarded a CH Foundation grant so that I could curate the exhibition “Ezio Gribaudo’s Theaters of Memory” at the Louis Hopkins Underwood Center for the Arts in 2014. I have been writing about Gribaudo’s work starting with the book “Ezio Gribaudo: The Man in the Middle of Modernism” (2016). This year I have curated another exhibition, “Ezio Gribaudo: A Lifetime in Art” (2018) at the Texas Tech University Library.

I take this opportunity to say that I consider Gribaudo a vital figure in Italian artistic modernism for how he has managed to combine his many sides: artist, editor, publisher, and cultural promoter. His work has many facets, from the exploration of the three-dimensionality of surfaces to the reappraisal of archaic and mythical shapes and figures (dinosaurs, pyramids, Pinocchio, etc.). The way he has inserted the written word in a figurative context (in his “logogrifi” and “flani / flongs”) is also very intriguingly modern. 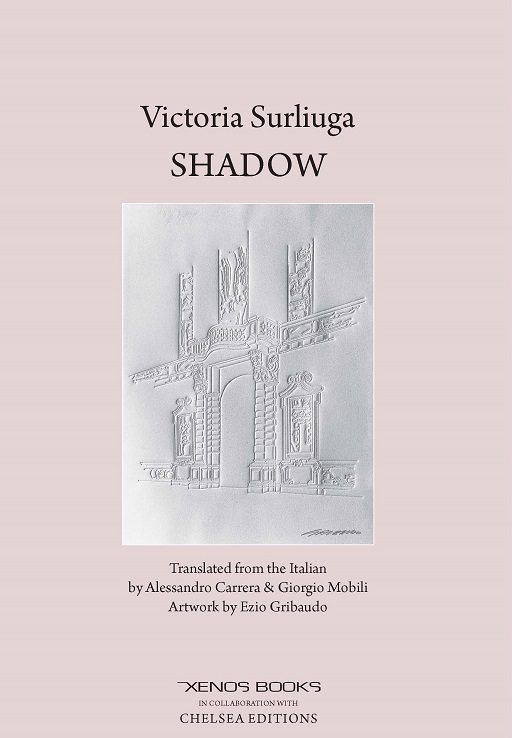 L’Idea: Do you feel that studying his work in depth has somewhat influenced your poetic work? You have several books of poetry to your name. What are the topics of your poems? In what language do you write?
Victoria Surliuga: In 2018 I published a book, “Shadow,” in which five of Gribaudo’s “logogrifi” are included. The artwork in the cover refers to Palazzo Lascaris, an historical building in Turin. The Gribaudo artwork reinforces the connection of various poems with Torino, located in the North West of Italy—a city that in my mind has always been rather stern and somber. Most poems address the theme of betrayed childhood, body dysmorphia, and my views on personal growth. I wrote it in Italian and in 2018 it was also translated into English.

L’Idea: You are the World Cinema coordinator of the Department of Classical and Modern Languages and Literatures at Texas Tech University and your research in part focuses on Italian cinema. What aspects do you cover? What are the other areas of your research?
Victoria Surliuga: I teach a Survey of Italian Cinema, a monographic course on Federico Fellini, and World Cinema. My research on Italian cinema is focused on Federico Fellini, and stardom, mainly through the lives and films starring Italian actresses such as Sophia Loren, Anna Magnani, Giulietta Masina, and Monica Vitti. As I mentioned before, I work on modern and contemporary Italian art (the Modernist tradition and the Italian artist Ezio Gribaudo); art patronage (Peggy Guggenheim and her Venice Collection); I have also worked on modern and contemporary Italian literature (post-World War II Italian poetry).

L’Idea: How much and how did your being Italian influence your career choices and your poetic work?
Victoria Surliuga: I am trained in Italian Studies and Comparative Literature: I have worked on the relationship between text and image in the Renaissance and Baroque, on Politian and Botticelli and Giambattista Marino. I started working on text and image as an undergraduate student at Mount Holyoke College and continued at Brown University, where I wrote my MA thesis on this topic. When I was at Mount Holyoke I also worked on the theme of the dandy and decadence in 19th century literature. I have always liked the decadent anti-heroes in Huysmans and D’Annunzio.

L’Idea: Who are the writers or personalities that you have enjoyed meeting the most?
Victoria Surliuga: At Mount Holyoke College I studied with Iosif Brodsky and he transmitted to me his passion for W.H. Auden and A.E. Housman. At Brown University I also met Carlos Fuentes and later, during a visit to Italy, at a poetry reading I have also met Derek Walcott.

L’Idea: Are there any new projects that you are working on, whether as curator, poet or essayist?
Victoria Surliuga: I am completing a book on Italian stardom and a project on the impact of Fellini on world cinema. I would like to complete a novel that I started many years ago on body dysmorphia but so far I have given most of my time to more urgent projects and grant applications to complete my current research.

L’Idea: If you could meet, hypothetically, any person from the past, who would he or she be? What would you ask them?
Victoria Surliuga: It may seem too ambitious, but I always thought that I wanted to meet Emperor Napoleon to understand how political power creates a person that only lives within a public perception. However, now I would like to meet Carl Gustav Jung to understand the connection that brings together psychology, science, and spirituality.

More information on Victoria Surliuga can be found at http://www.victoriasurliuga.com