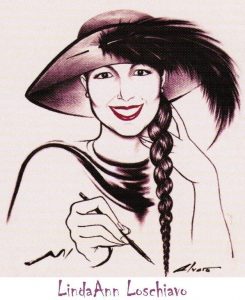 She is the optimal example of a Renaissance woman and a New Yorker combined: humble but determined, soft spoken but direct, with a genial attitude not usually associated with a virtuoso of the pen, and most of all a realist who is aware of the elusiveness of fame in the literary world. This, to me, is the portrait of LindaAnn LoSchiavo. Although I know her for over 20 years, I never knew she had a Ph.D. in Early Modern British Literature and that’s because she never talks about herself, although she will have a heart-to-heart discussion of her work, her characters, and the plays she reviews without any hesitation.
Having appeared with her wonderful poetry and her captivating short stories in over 20 periodicals in the last six months, and that’s not counting the numerous nonfiction articles published by our very own magazine and other periodicals, with her plays recently enriching the theater scene of Gotham, and two documentaries to her credit, LindaAnn has definitely proven her worth. To confirm that once more, she just won the 2nd place for her poem “Mother on Morphine” from Wax Poetry & Art, adding it to her many awards.
I thought it was the perfect timing for interviewing her and letting our readers discover not only the extent of her achievements and the path she took to attain them, but also her thoughts about life and literature.

L’Idea: When did you start writing?
LindAnn LoSchiavo: I started putting words together before my fourth birthday. My family used to receive a lot of greetings cards, which contained “light verse.” I thought the sentiments and poems could be improved. My Aunt Fay would draw illustrations on light cardboard and I would write a poem, metrical and rhymed, underneath.

L’Idea: What was the first thing you wrote?
LindAnn LoSchiavo: When I was nine years old, I wrote my first one-act play for five actresses. It was produced in NYC when I was ten.

L’Idea: What was the first thing that gave you some public attention?
LindAnn LoSchiavo: Irwin Maiman, a high school English teacher, was the supervisor of the literary magazine and he recruited a number of us. I liked to write but I was also interested in how to become an editor. Being on this staff taught me how to proofread, evaluate fiction, and put a publication together on a deadline. My style changed a lot with the short story I wrote in my senior year about a drug addict. It was accepted for publication and earned me the school’s gold medal for Literary Achievement, which I accepted onstage at Commencement. That academic award was a sign that I was meant for this.

L’Idea: You’ve had eight short stories accepted and/ or published in the past 18 months, each for a different publication.  How do your other literary endeavors – poetry, stage plays, reviews – factor in when you are writing a new short story?
LindAnn LoSchiavo: Reviews, as with all journalism, require a writer to be specific. Formal verse tunes your ear and hones your skill with rhetoric. Stage dialogue must be economical, conveying both emotion and information. All these elements get channeled into the creation of a short story and fuel it. 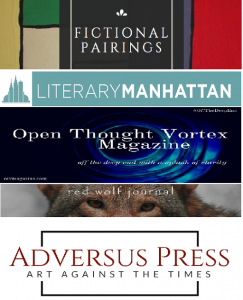 L’Idea: Does any of your work ever cross a genre?  Did a poem ever turn into a short story, for instance, or vice versa?
LindAnn LoSchiavo: Since I don’t work on only one manuscript at a time, my pen is often traveling in a few directions. An experience with answering poignant “Dear Santa Claus” letters from poor or abused New York City children became a poem. Since it was rather long for a poem, I turned it into a story. It was published in February 2018 by Flatbush Review.

L’Idea: You mentioned writing your first one-act play at 9 years old. What brought about your transition to writing short fiction, three years later at 12 years old?
LindAnn LoSchiavo: My family started taking me to Broadway shows when I was four years old. I loved playwrighting but, even as a child, I realized that producing a play involved considerable cost and collaboration. My instincts told me I’d better explore other formats and find something else to do with paper and a typewriter.

L’Idea: I’ve noticed New York City is sometimes your setting. In what way does the New York location add to the story?
LindAnn LoSchiavo: I’m a native New Yorker so I enjoy bringing the city into the narrative. My poignant story “Sifting on the Santa Shift” takes place in the basement of the main post office on 34th Street, those unprepossessing cheerless rooms where Good Samaritans gather to read letters from needy children and grant wishes. There couldn’t be an uglier room in all New York where so many beautiful acts of generosity take place.
In contrast, “The Gospel According to Saint Marks Place” was inspired by the street itself. It’s the block where brainy Cooper Union students meet maniac drug dealers and Hell’s Angels along with immigrants born in Poland, Russia, and the Ukraine. A clash of cultures is waiting to happen. 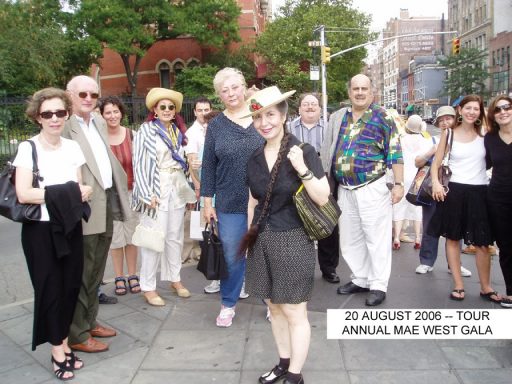 L’Idea: Several of your most recent stories have had a supernatural theme. What accounts for that change?
LindAnn LoSchiavo: I was always intrigued by the speculative elements in the literary novels of certain Latin American writers but felt that, if you have supernatural creatures in the earliest work that is published, you can be dismissed as a genre author. Now that I’ve seen my plays staged, had my articles in prestigious magazines, won prizes for poems, it’s not so easy to categorize me.

L’Idea: What other fiction projects are you working on?
LindAnn LoSchiavo: Ten years ago, I wrote a play “The Djinni and the Pianist.” The protagonist is a 13-year-old girl. Since young teens are hard to cast, and an adult who is short and slight would have to play her, I felt it would be imprudent to give her a friend or classmates. It gathered dust; I never sent it out. Last year I decided to revise the narrative as a novella. I completed my first draft of Part 1, which is over 10,000 words, and now I’ve started Part 2. 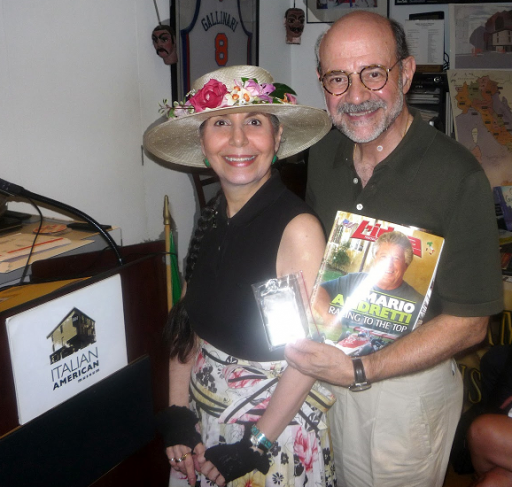 L’Idea: You are an expert on Mae West, with two plays about her to your credit, special Mae tours in the City and a blog dedicated to her. How did this interest about Mae West came about and where is it bringing you?
LindAnn LoSchiavo: Whenever I passed the former Jefferson Market Court (now a public library) at 425 Sixth Avenue, one element about this unique nineteenth century structure would annoy me — — the plaque that merely credits two male architects and never refers to its women’s history. It riled me up that numerous women were unfairly arrested and tried here yet most people had no clue. I decided to write a play, three one acts with one commonality: how each defendant was treated unjustly in Jefferson Market Court. The idea was that the library itself might host it.
I selected three potential candidates: (a.) labor organizer Clara Lemlich Shavelson (1887—1982), who demonstrated against the sweatshops with a huge gathering of ladies’ garment workers on Nov. 26, 1909, which led to multiple arrests and a trial at Night Court; (b.) dramatist and actress Mae West (1893—1982), who was arrested and held at Jefferson Jail on Feb. 9, 1927 for writing a play about homosexuals and drag queens; and (c.) sex educator and birth control pioneer Margaret Sanger (1879—1966), whose medical records were seized on April 15, 1929, and who was thrown into a police wagon with her staff, and faced off with Jefferson Market’s Magistrate Rosenbluth. 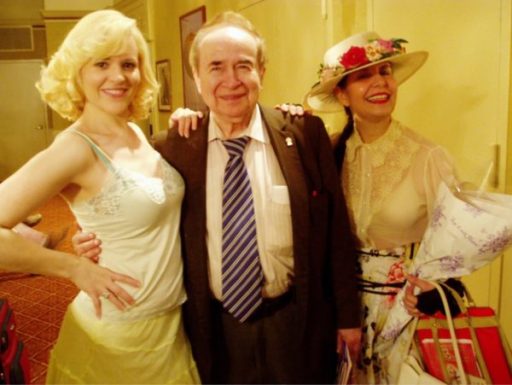 At a performance of “Courting Mae West,” in 2008, from left, Yvonne Sayers as Mae West, with the late TV talk-show legend Joe Franklin and the work’s author, LindaAnn LoSchiavo. 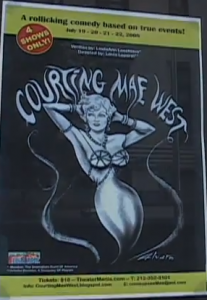 That was the concept — but with back-stories and three trials, there was too much material for a trio of one acts. Therefore, I focused on one “criminal” and wrote “Courting Mae West.” I began my Mae West Blog in 2004 during auditions when it became obvious that the cast did not know Mae West, Beverly West, James Timony, Texas Guinan, and other characters they were playing were real people. At the time (14 years ago), there was only one Mae West fan site online; it praised her Hollywood films and offered nothing about the police raids and legal skirmishes. Additionally, I began a Texas Guinan Blog, a Jefferson Market Court Blog, and I put other details online to give the actors reliable source material that would familiarize them with the 1926—1932 events and personalities in this Prohibition Era play.
Any time there was a reading or a staging, certain remarks astounded me. For instance, “Was Mae West really a man?” and “Wasn’t Mae West from Los Angeles?” and “Did Mae West write two plays about homosexuals because she was gay?” In addition to helping fans get correct information about all things Mae, The Mae West Blog was a conduit. 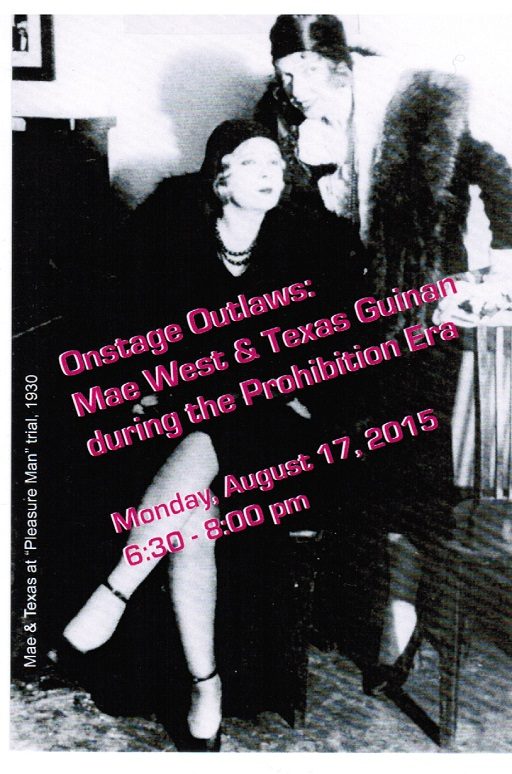 Thanks to my blog, for example, in 2013 I met actress Darlene Violette, who had a strong interest in playing the Brooklyn bombshell, and who was reading my posts in order to develop a cabaret act. It was decided that I would write “Diamond Lil, Queen of the Bowery” and she would star and co-produce it. We archived a full performance at Don’t Tell Mama’s and I have the Estate’s permission to go forward with another production. I’d love to find the right team again.
Meanwhile, the Mae West Blog is now in its thirteenth year. 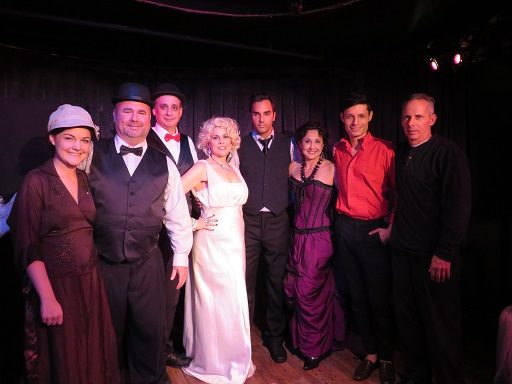 L’Idea: Do your plays have roots in real life facts or are they fantasy?
LindAnn LoSchiavo: “Courting Mae West” is based on true events. “Diamond Lil, Queen of the Bowery” is a trimmer, tighter 90-minute version of Mae West’s sprawling 1932 novel. “A Worthie Woman Al Hir Live” is based on Chaucer’s Wife of Bath Tale. But most of my plays are fiction, spun out of thin air. 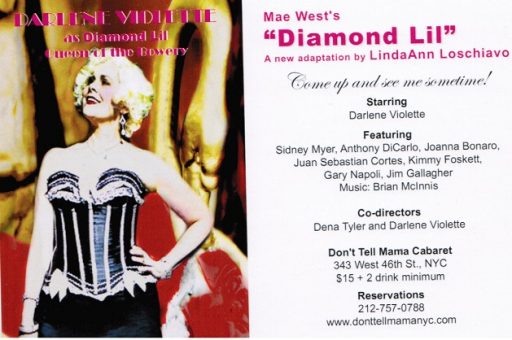 L’Idea: Do you believe your writing of short stories is paving the way to write a novel?
LindAnn LoSchiavo: Yes. When you write every day, creative muscles get stronger, the reach somehow gets longer. When my novella is completed, my focus will be back on the screenplay I’ve started. Most of the story is set in 1990 on a dilapidated British estate, where a portraitist has been invited to meet an art collector uncle she barely knows — — except the genial host who greets her is an impostor and an art thief.

L’Idea: How much do you believe being an Italian American influenced your writing and your writing style?
LindAnn LoSchiavo: All four grandparents were born in the meridione, so I’ve embraced the Neapolitan and Aeolian Island culture, whose oral poetry I have translated. When it comes to writing about it, I limit myself to articles, personal essays, and poems.
The reason for that is the stubborn lack of support for Italian-American authors by the major Italian-American organizations. I wrote a chapter on this topic for the book “Anti-Italianism — —Essays on a Prejudice,” co-edited by W. Connell and F. Gardaphé, Palgrave Macmillan, 2010. 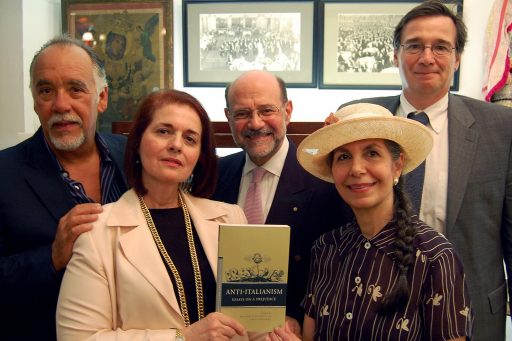 Maybe one day that will change. Meanwhile, the characters in my screenplay are British, Pakistani, and Polish. The characters in my novella are Scottish and French. However, the poems in my chapbook “Conflicted Excitement” (forthcoming from Red Wolf Editions) are Italian-American.
And so, to the nice people who are reading this interview, if you have an audience for Italian American literature or are interesting in hosting a reading, please get in touch with L’IDEA.