On the 500th year Anniversary of the completion of Machiavelli’s most renowned book, The Prince, I felt it would be appropriate to interview an expert on this author, Professor William J.Connell. He has translated and published The Prince in 2005 and his version is retaining a reasonable commercial success, even though other translations were published since then, and their sale price is lower. His translation is recommended by various departments in many college and universities (history, political science, Renaissance literature, management). 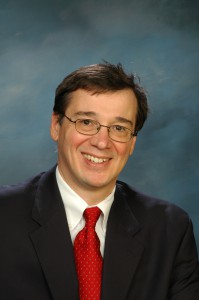 L’Idea: You translated The Prince and had it published in 2005. There were many previous translations. What was at the time the reason for a new translation?

Connell: It’s actually quite interesting. To begin with, it wasn’t my idea.  Instead there was a Princeton professor, one of the more impressive historians around, called Natalie Davis, who was trying to put together a series of books to be used for teaching history classes and she proposed it.  I resisted doing it at first, knowing that there were a bunch of other translations.  I think that in the last two centuries The Prince is the book that has been most frequently translated from another language into English, apart from The Bible and along with Dante’s Divine Comedy.  But I also knew, as a historian who has spent years working in the archives of Florence, going over Machiavelli’s manuscripts and studying the world in which he lived, that all of these translations had been done either as literary ventures or as the projects of political scientists.  Among the literary translations I often found that important distinctions were skimmed over in an attempt to make the prose more readable or more elegant.  In the translations done by political scientists, their theoretical ideas, not just about politics but also about ways of translating historical texts, had a way of interfering with the historical and idiomatic meaning of what Machiavelli actually wrote. The Prince was and is such a revolutionary book that it seemed a shame that there wasn’t a better version in English.  I decided that my knowledge as a historian of Machiavelli’s time meant that I could do something new and fresh, and so I negotiated terms under which I could do a Prince that would meet high standards for accuracy and would try to open up Machiavelli’s world for the reader.  I must say, it really has been a surprising success.  The reviews were great, and it has become the version assigned in classes in Political Theory, Western Civilization and Organizational Management all over the country.

L’Idea: What was the major difficulty in translating this book?

Connell: The major difficulty in translating the book was dealing with Machiavelli’s long sentences.  After encountering 4 or 5 commas, the modern English reader often loses his or her attention.  It wasn’t always this way.  In the nineteenth century the reader would hold on to the end, anticipating a small burst of what we now call endorphins that would arrive with the recognition that the writer had successfully managed the grammar involved in a completing a complex expression.  German is still largely written this way.  Each sentence is a small roller-coaster ride heading toward the safe halt marked by a period.  I happen to have gained a lot of experience in how to break up long sentences, still preserving the flow of time and the conditional relationships among the several clauses, while studying ancient Greek long ago at the University of California at Berkeley.  Little did I know back then that studying Greek would help me in translating something from Italian, but in this case it certainly did.  Of course, as everyone who deals intensively with the Italian language eventually learns, ancient Greek is like a vast, subterranean presence that lurks beneath the language’s more visible Latin-based components.

L’Idea: We just completed a year of celebration for the anniversary of the unification of Italy. Machiavelli was hardly mentioned, if any, in reference to this. Don’t you feel that he was a true Italian who wanted to get rid of the foreign invaders and that The Prince was a valid document aimed at stimulating Italians’ unity?

Connell: Machiavelli ought certainly to be mentioned frequently in conjunction with the Unification of Italy.  For most of the men of the 1860s and 1870s he was a national hero.  There is a chapter of Machiavelli’s book that considers why in the early sixteenth century the rulers of Italy have lost control of their states and he is quite critical of them.  He ends The Prince with a famous “Exhortation” to take charge of Italy and expel her foreign invaders. Why his name didn’t come up during the commemorative celebrations…. Hmm…  One could offer all sorts of speculative answers involving Machiavelli’s reputation as someone who put ends before means. Certainly in the case of Cavour the comparison has been made many times.  During the 2011 ceremonies there may have been a fear of offending the politicians who were present at or involved in the funding of many of the occasions.  But then, what does it mean that Benito Mussolini, Bettino Craxi and Silvio Berlusconi each contributed a preface to an edition of Machiavelli’s Prince?  That’s something I’m still puzzling over.  But the failure to discuss Machiavelli during the recent commemorations is most probably owing simply to the more specialized nature of historical research nowadays.  There aren’t many scholars working on nineteenth-century Italy who feel competent to talk and write about Machiavelli and the states of the Italian Renaissance.  There’s nothing wrong with that. Still, as your question indicates, it is probably the case that Italy’s unifiers had a historical perspective that was longer (albeit not necessarily broader) than that of most of the people who study them today. 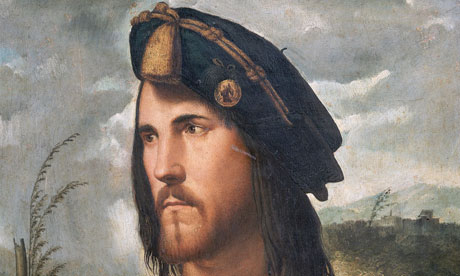 L’Idea: What do you feel is the most significant aspect of this work?

Connell: The most important aspect of Machiavelli’s Prince has always lain in its attempt to offer a new foundation for politics.  Instead of holding up the image of a morally good, virtuous life in community, something toward which all, including the ruler, should aspire, Machiavelli writes that the political life is full of calamities, some of which can be prepared for adequately if one assumes the worst when it comes to human behavior.  By constructing a model of political life that acknowledges worst-case scenarios rather than only recognizing best-case ones, he argued that rulers could better achieve, for themselves and their subjects, first, security, and, then, a chance at glory.  Now Machiavelli’s worst-case scenario is rather broad.  Men are acquisitive (greedy); they don’t keep their word—they lie; and they are cruel.

L’Idea: Do you believe that there are, or have been, in the recent years, world leaders who resemble somewhat the idealized prince of Machiavelli’s book?

Connell: This sounds dismal at first, but consider that here Machiavelli is offering something that later political geniuses would build on quite usefully by separating out the component parts.  In the Eighteenth century a group of European and American thinkers seem to have hit upon a fairly good mix.  Here’s how it went:  Give free rein to greed, but under the more noble name of “the pursuit of happiness,” and in a way that does not interfere with the right of others to pursue their own happiness.  Allow freedom of speech, but impose penalties for lying before the law.  Abolish cruel and unusual punishment by the state.  Sounds pretty good to me; and it was Machiavelli who made it possible by bringing politics down to earth.

L’Idea: Many people talk about The Prince’s philosophy as a negative approach to leadership. Do you feel that it is completely amoral or that it is only too honest an appraisal?

Connell: Machiavelli’s book already has a lot to say about actual leaders.  The “prince” he liked the best was Cesare Borgia, but even Machiavelli admits that Borgia failed.  Henry Kissinger was once asked if he was Machiavellian.  His response:  “You know, that’s not a compliment.”  It’s interesting again to note that Mussolini, Craxi and Berlusconi apparently thought otherwise.

I recently saw Spielberg’s Lincoln.  There’s no question that Machiavelli would have admired the man it portrays.  But if you asked Lincoln the Machiavelli question, I imagine he would have stepped back in the manner of Kissinger.  Lincoln thought there was a natural order to things that he strove to restore.  So, too, Kissinger’s idol, Metternich.  Still, if you consider what Machiavelli really wanted, security and the possibility of glory, then I think Lincoln can be said to be Machiavellian in a most positive way. 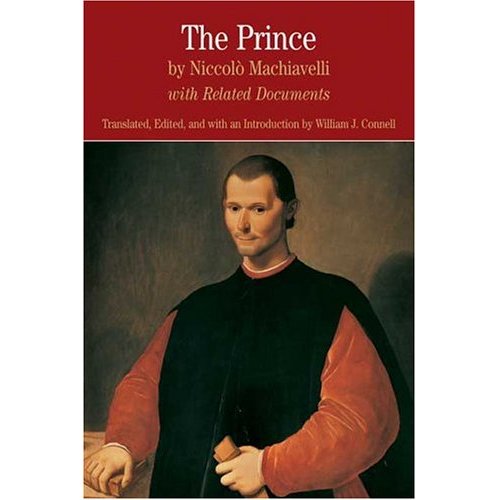 I have a good deal of ambivalence about the way “leadership” is discussed nowadays.  Publishers, business schools and headhunting firms all seem to have been telling us for several decades now that leadership is a precious commodity that can be taught and that can be transferred easily from one arena to another.  I don’t believe it, and I am fortunate to have known a lot of different successful leaders in different contexts: universities, the Congress, journalism, corporations, not-for-profits, state agencies.  I think that leadership develops in specific contexts.  Already the idea that there are “positive” and “negative” models of leadership shows how far removed the theorizing is from actual life.

We tend to be transfixed by courageous responses to momentary crises, but real leaders need lots of training and back-up. And friends.  For a young person trying to get ahead, and even simply for a person trying to lead a happy life, learning the skills taught in a Dale Carnegie course on how to make friends will give a lot more mileage than any course on leadership.  (Although if they take one, I hope it will be my translation of The Prince that is assigned.)  It’s flattering to be told that you can be a leader:  hence all the buzz and money that goes into leadership.  But friendships are what count.  Machiavelli knew this.  The Prince was originally drafted for a real friend of his, Giuliano de’ Medici.  Machiavelli’s not advocating a negative approach to leadership, instead he’s trying to help an easy-going friend by giving him the heads-up about how really hard it is to be a successful leader.