Bruno Pegoretti stood on the threshold of his gallery in the center of San José del Cabo, in the state of Baja California Sur, in Mexico. He had just begun a conversation with his artist friend Piero Milani, who exhibited in the gallery next door, when I interrupted him by speaking in Italian, which surprised him somewhat. From that moment I found myself enchanted by his explanations on art in general and on his works in particular. I could have stayed all night listening to him. 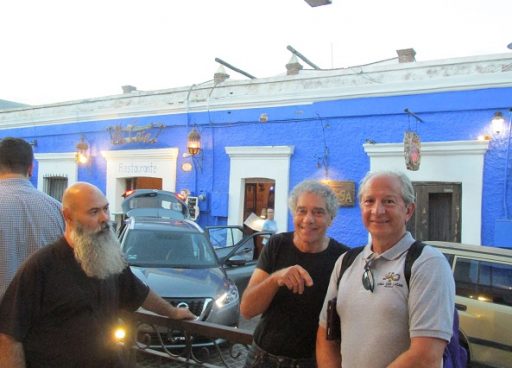 I admired his paintings that exuded spontaneity and color, but also something else, almost intangible but certainly immediately noticeable even by the inexperienced eye: his works gave you a certain feeling of enthusiasm, joie de vivre, positivity that you normally feel when you are in front of a special sunset or a day in which the blue of the sky is so intense that it can absorb your soul… In short, his paintings had the power to influence the mood of the observer, and this is certainly a proof of the validity and artistic sensitivity of Pegoretti. After chatting for a long time, the artist allowed me to interview him officially for our magazine… 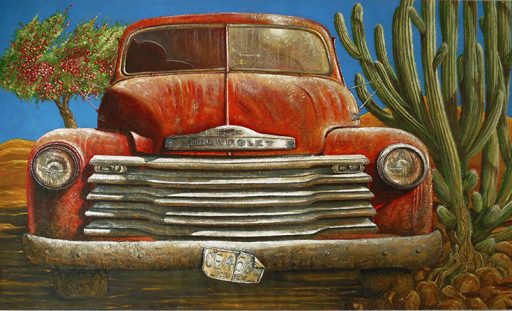 L’IDEA: In examining your paintings it is clear that there are two painters, the realist and the conceptual one. About these two your expressive versions, I have some questions.
In your figurative paintings of the latest production, which certainly can be defined as such, even though they retain your expressive individuality, which is always recognizable, I noticed that in a way your presence in Cabo San Lucas influenced the final product. It does in the sense that the paintings not only adapt to the Mexican environment, but they seem to be the product of an artist who has always lived in this warm and sunny land. In your opinion, how much has your artistic production been influenced by living in Mexico, in this wonderful environment?
Bruno Pegoretti: I have always been a lover of color, and of pure color, to the point that I do not use the palette: the palette is the actual painting where I lay and put pure colors in place. Mexico is color and I am pervaded by it every day. Could this magnificent chromatic confusion not have influenced me? 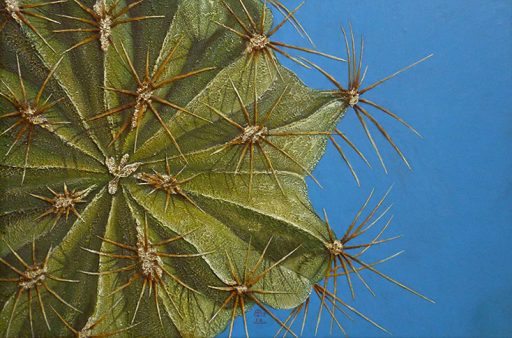 L’IDEA: It is evident, both at the first visual contact and after reading your biography and other articles about you that your works of dimorphic characters are partially conditioned by your admiration for the Renaissance artist Giuseppe Arcimboldo. What do these paintings represent for you? Are they just ‘exceptions’ in your artistic production or are you just expressing needs? What did you want to tell with “Alfred,” “Francis” and “Nora,” for example?
Bruno Pegoretti: I admit it, I allowed myself to be pleasantly inspired by the composed heads of Giuseppe Arcimboldo, which I had the privilege of admiring in Vienna, Prague and other Middle-European museums. If I can hazard a difference between his work and mine, it lies in the fact that Arcimboldo, for example in the Allegory of Spring, united a whole series of spring elements (leaves, bud flowers, petals…) to create a sort of hyper-spring. In my figures, even recognizing and thanking the old Arcimboldo, I try to combine mechanical and organic elements to get to the definition of a man, a new man, a man yet to come, beyond wars and peace, a sort of bionic creature, in the future but not too much. Anyone of us who was operated of cataracts, for example, sees the world through two little balls of silicone, and so for an arthroplasty, for a heart valve, for augmented reality or for a simple filled cavity. We are cyborgs.
I push the concept a bit and those strange beings you saw jump out , but its already us, only a bit more extreme. We will, however, at least in my mind, be good people, or better people. 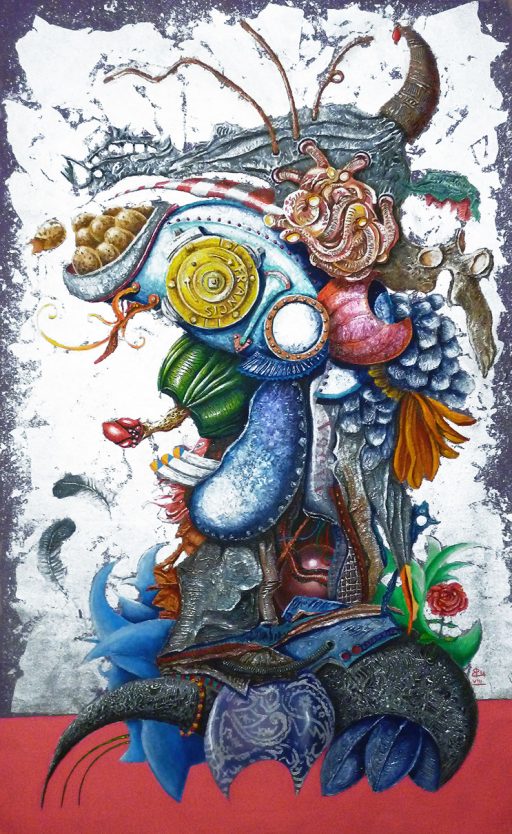 L’IDEA: I have noticed that you exhibit all over the world and that you are very well known both here in Mexico and in the USA. What can one expect from the artist Bruno Pegoretti in the coming years? Do you have important and/or artistically innovative projects at work?
Bruno Pegoretti: Do not expect anything, except the daily process of a practice that, thanks to the gods, never lazes, but rather discovers new, even minimal things, every day. The discovery is one of the many privileges that the art of  painting allows you. 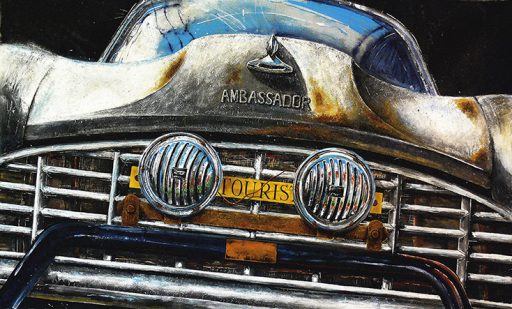 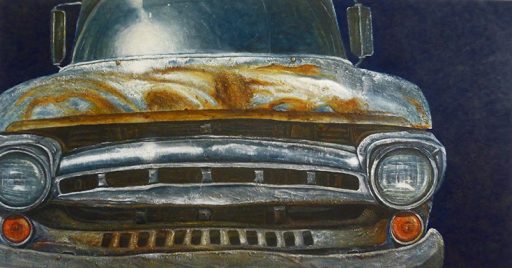 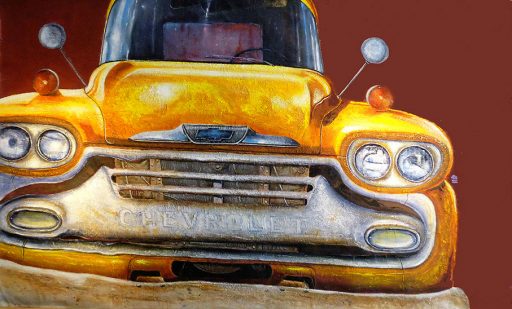 L’IDEA: Your wife Jill, Californian, helped you make the jump from your previous activities to those of a full-time artist; a muse, therefore, for your art. Is she an artist too? Does she help you in the administration of the gallery?
Bruno Pegoretti: It is said that a great woman is hiding behind a great man. I am a little man, but Jill is a great woman. If I have a doubt about how to do something: “What color would you see as a background? What do you think is the next picture I have to do? Would you put more blue here?”, Jill always has the answer and, believe me, it’s the right one. 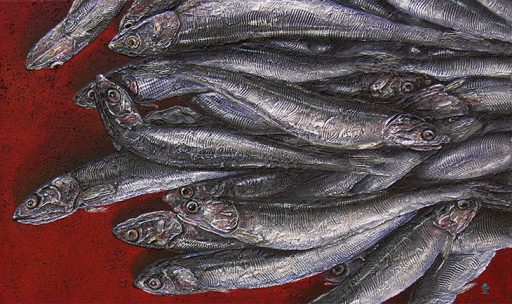 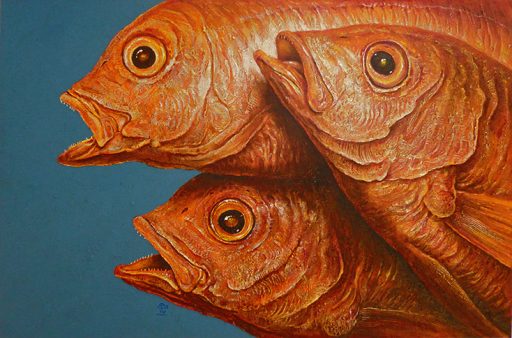 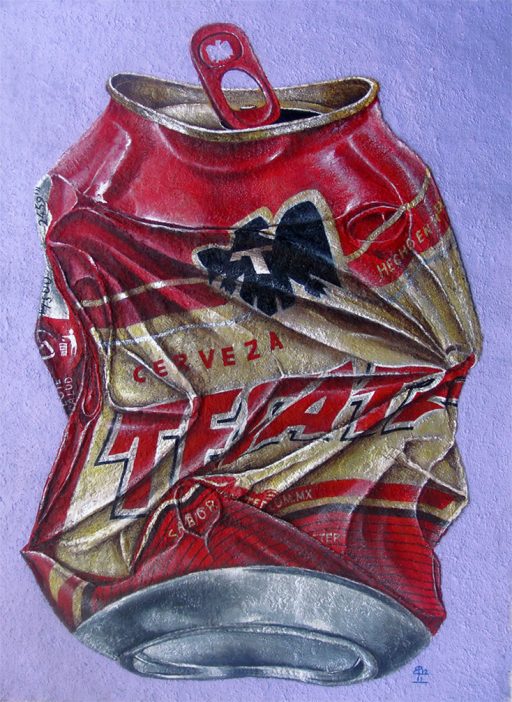 L’IDEA: You spend a good part of your life abroad (in the USA and in Mexico). What do you miss most from Italy when you’re away? Are you also suffering the “syndrome of the emigrant” so when you are out of your country the Motherland seems even more beautiful (and beautiful it is, unquestionably) and hospitable?
Bruno Pegoretti: I love Italy and sometimes I miss it, a lot that is, but this sun that shines and never tires captures me: how could it not? And the Ocean, the palms, the cacti, everything leads me towards an intriguing diversity, so different from our as fascinating as it is in its discovery.

More information on the artist may be found at: brunopegoretti.com 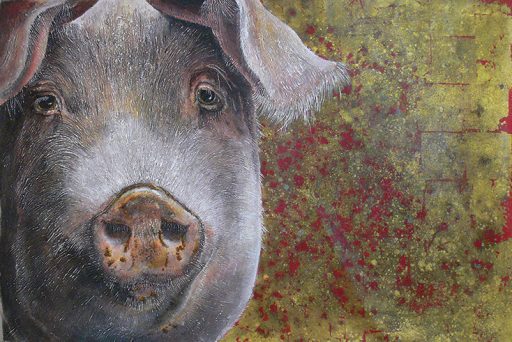 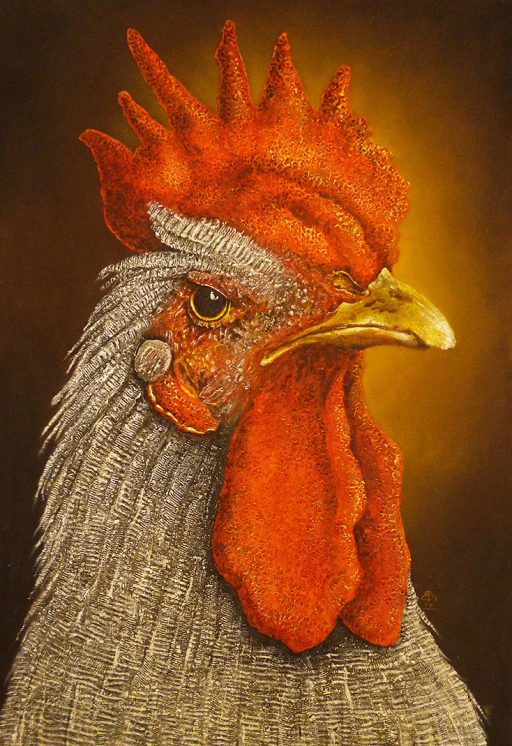 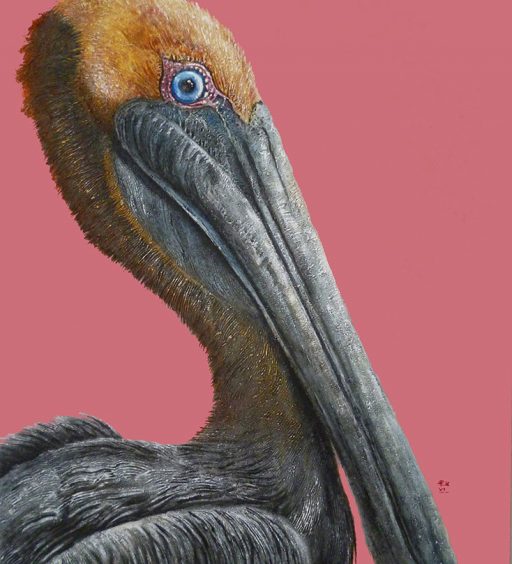