Tiziano Thomas Dossena, Editorial Director of L’Idea Magazine, recently gave a presentation titled “Viva Verdi” at the celebrations of the Italian Heritage Month, in the auditorium of St. Athanasius Church in Brooklyn. The presentation proved to the large audience there is a common, everyday knowledge of Verdi’s works by the average American. With this interesting twist, Mr. Dossena, an author and publisher, found a way to reclaim Verdi’s fame even in the eyes of whoever did not think opera was a likable entertainment.

Mr. Dossena showed that TV and movies are ripe with Verdi’s music and that everyone in the audience knew some of his arias, most often without realizing that it was from an opera. A brief biography of the composer complemented the presentation main theme, offering a chance to learn bits of this great man’s life story. 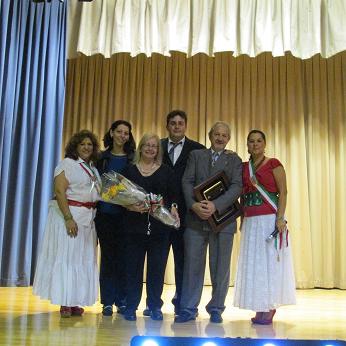 In the course of the evening Mr. Dossena was awarded the “Italian American Personality of the Year” by the Associazione Culturale Pugliese Maria SS Addolorata for his selfless devotion to inform the Italian American community and diffuse the Italian culture in the USA through his many activities with his magazine, his blogs on opera and literature and his books. 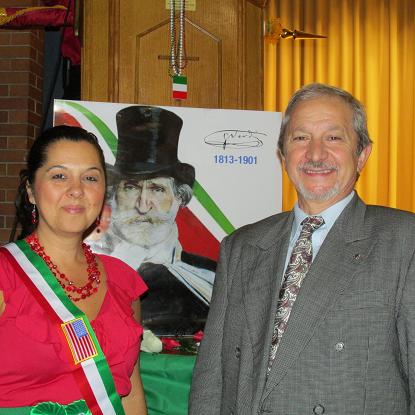 Lucrezia Nardulli, President of the Association, and Tiziano T. Dossena