On June 1st, 2019, in front of the statewide delegates and dignitaries of the New York State Grand Lodge of the Order of the Sons and Daughters of Italy in America,  President Robert Ferrito presented our Editorial Director Tiziano Thomas Dossena with the prestigious 2019 OSIA Literary Award “for his contribution to the Italian American Experience in America.”  The author also received a citation from New York State Comptroller Thomas P. DiNapoli. 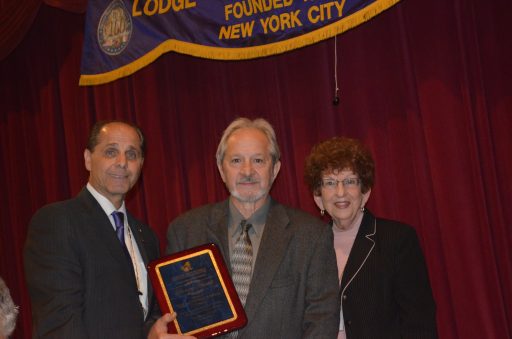 Dossena, who is the Recording Secretary of Tuckahoe’s OSIA Giuseppe Garibaldi Lodge 2583, is the author of “Caro Fantozzi,” published by Scriptum Press in December 2008, “Doña Flor, An Opera by Niccolò van Westerhout,” published by Idea Publications in April 2010, “Sunny Days and Sleepless Nights,” published by Idea Press in December 2016 and of the upcoming three books “The Dance of Color,” “The Rebirth of an Opera,” and “New York City’s Italian Imprint, the Statues and Monuments of and by Italians in the Big Apple.”

His works have appeared in over 100 magazines and anthologies in Italy, France, Greece, Canada, Switzerland, and the United States. Dossena is the founder and Editor in Chief of two magazines, OperaMyLove and OperaAmorMio, and has been the Editorial Director of L’Idea Magazine since 1990. 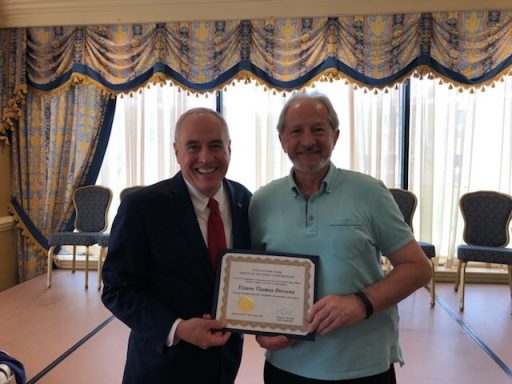 In 2011, Tiziano Thomas Dossena was honored for both literary work and community service work at the New York State Assembly by New York State Assemblyman, Joseph Saladino. In 2012, the author received the International PREMIO GLOBO TRICOLORE award “for the outstanding efforts at keeping the Italian Image known in the world through his literary works”. In 2014, he was asked to read poems at the 9/11 Memorial Ceremony in Yonkers. 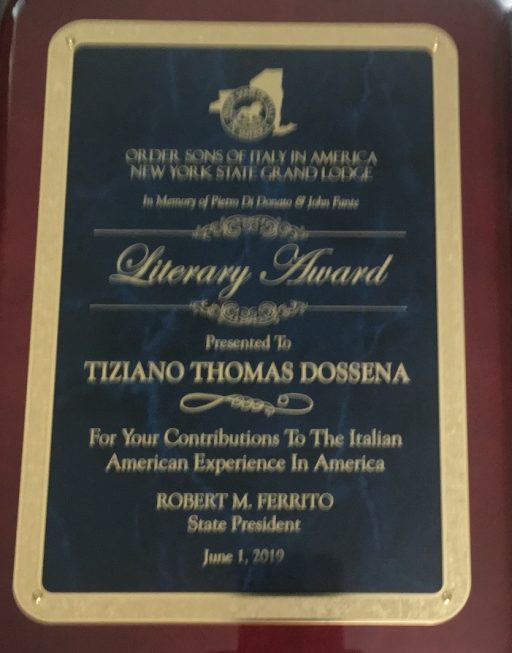 The whole staff of L’Idea magazine congratulates him for having earned such an important award and wishes him further accolades and honors.