The mayor of Yonkers, Mike Spano, declared June 21st, 2019 Tiziano Thomas Dossena Day in Yonkers because of his many achievements in the publishing world. Dossena is the author of “Caro Fantozzi,” published by Scriptum Press in December 2008, “Dona Flor, An Opera by van Westerhout,” published by Idea Publications in April 2010, “Sunny Days and Sleepless Nights,” published by Idea Press in December 2016 and of the upcoming three books The Dance of Color, The Rebirth of an Opera, and New York City’s Italian Imprint, the Statues and Monuments of and by Italians in the Big Apple. 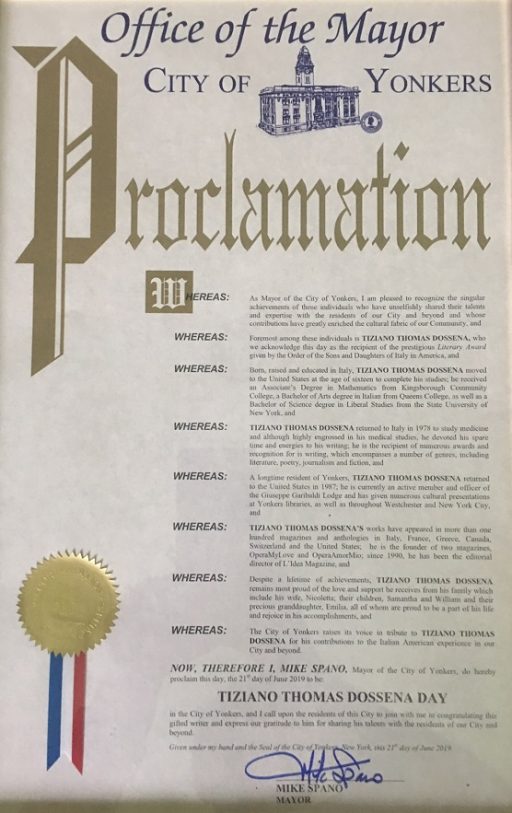 His works have appeared in over 100 magazines and anthologies in Italy, France, Greece, Canada, Switzerland, and the United States. Dossena is the founder and Editor in Chief of two magazines, OperaMyLove and OperaAmorMio, both founded in Yonkers, and has been the Editorial Director of L’Idea Magazine since 1990.